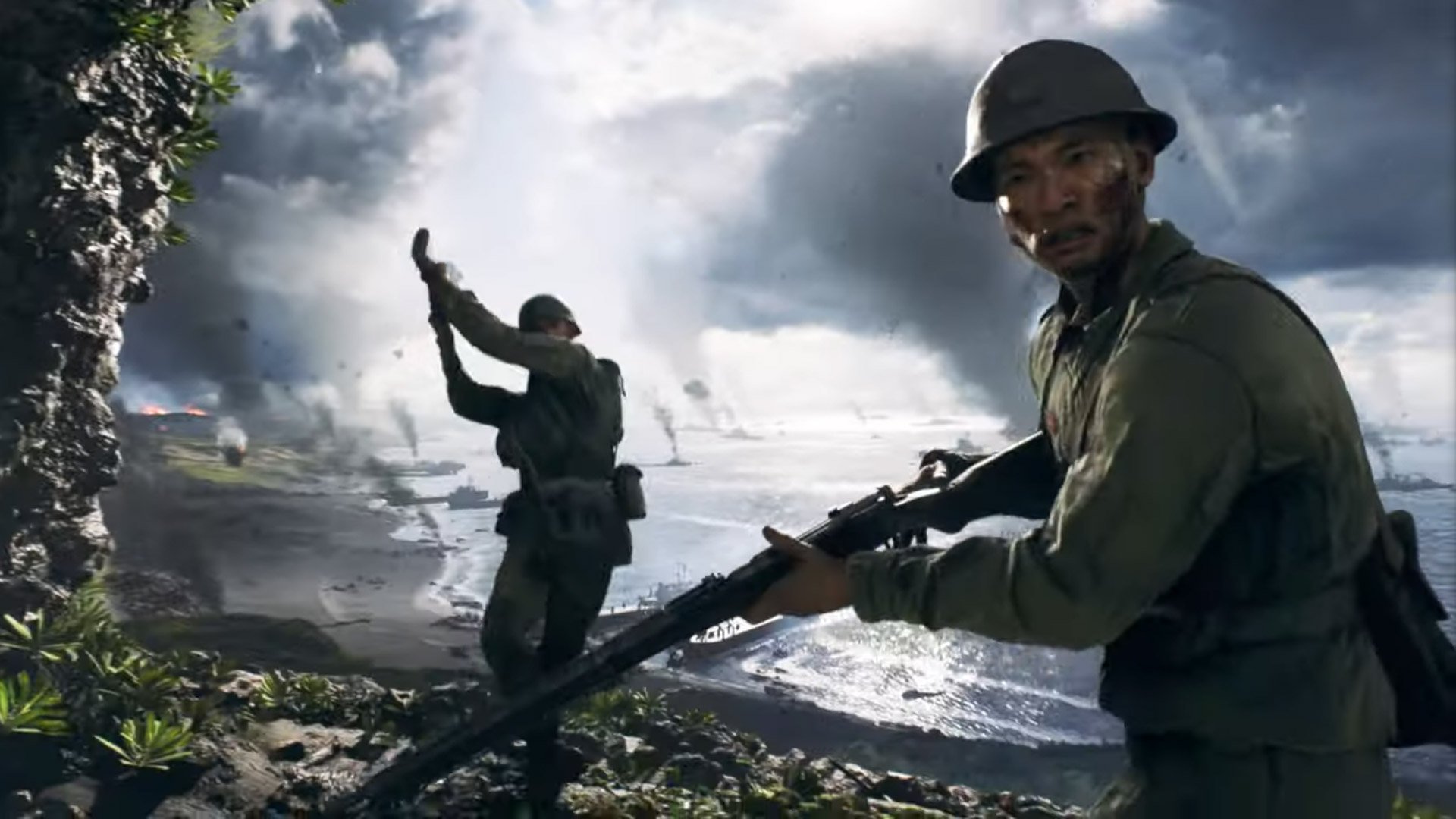 We have to make it through Chapter 4: Defying the Odds first

Whether you’ve played Battlefield V or you’re still biding your time, there’s something DICE could do to draw attention: bring us into the Pacific theater already! I like BFV, I really do, but the game has long since moved onto the back-burner and without a major shakeup, it’s hard to imagine returning.

The studio isn’t quite ready to talk about Battlefield V‘s take on the Pacific yet, but today’s trailer – a look at several maps coming with Chapter 4: Defying the Odds, the next spot on the game’s content roadmap – ends with a clear teaser. There’s a few short seconds of cinematic footage depicting the national flag of Japan on a contested beachfront with a fleet of ships looming in the background.

With the way things are scheduled, it’s not coming in the immediate future, but it is coming.

More immediately, Chapter 4 will bring us a batch of maps including Al Sundan (June 27), a riff on the North African desert mission from the single-player story mode, and the Battle of Greece’s Marita (July), which spans a rural mountainside town with lots of flanking opportunities. Battlefield V will then get a pair of close-quarter maps – Provence (France) and Lofoten Islands (Norway) – in August 2019.

Other content drops like “map, vehicle, and weapon updates” for Firestorm (June) and new guns like the S2-200 MMG and Panzerbuchse Anti-Materiel Rifle are also on the docket throughout the year. Fans of Battlefield 3‘s meat-grinding Metro can look forward to the Operation Underground map this October.

I hope DICE leans more heavily into the Pacific at E3 next week, even if it’s just an extended tease. The description for today’s Defying the Odds trailer promises “the awakening of a giant in Chapter 5.”