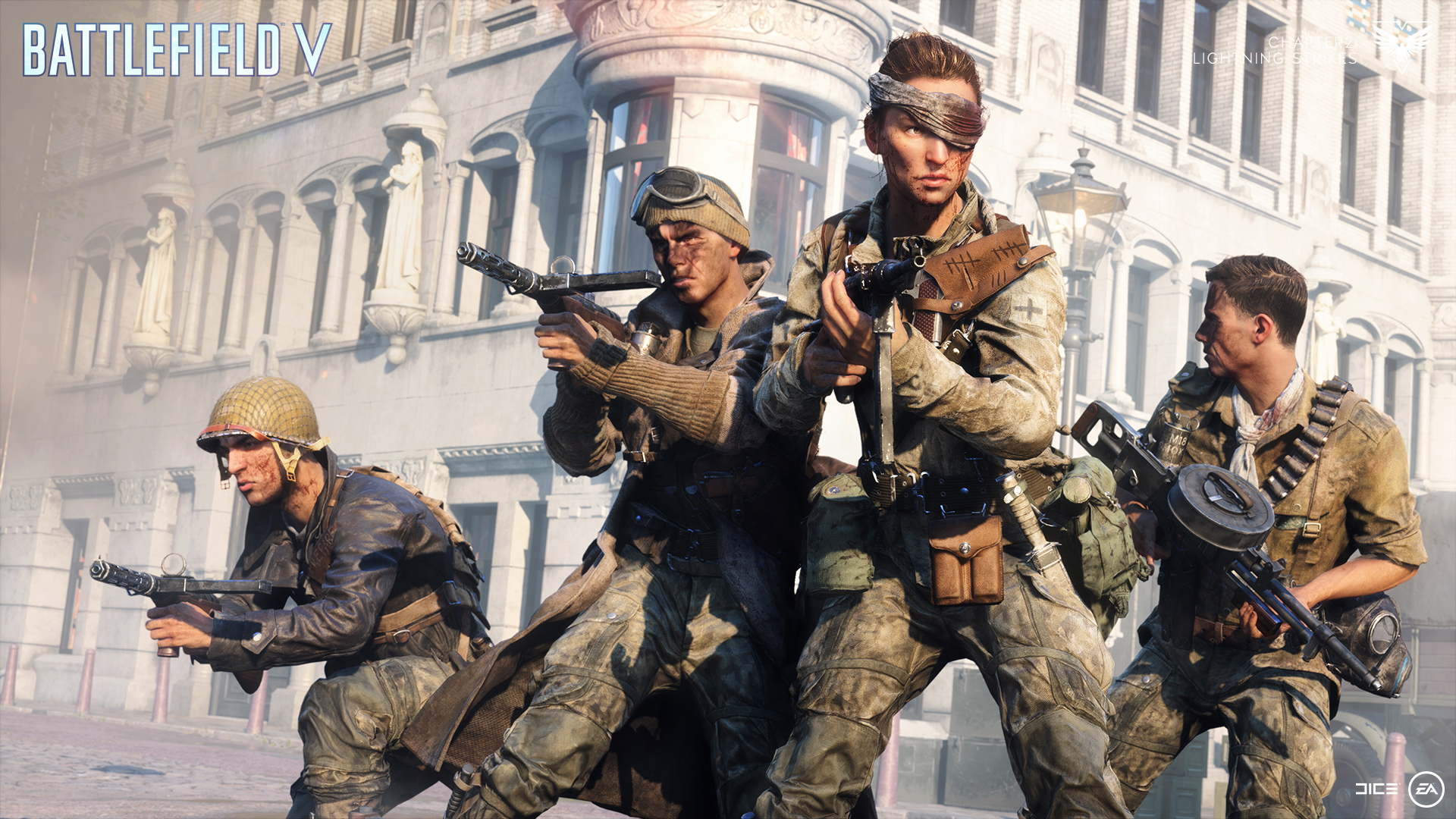 Be on the lookout for unique characters in the near future

It’s getting to be about that time. Starting April 4, Battlefield V will offer cosmetic items and “time savers” in exchange for real-world money. The game’s continued post-launch support won’t fund itself.

EA has a lengthy post detailing the new Battlefield Currency, but purchases boil down to either looking unique or saving time on progression-based unlocks. In the former category, you can expect to see more gear and gun cosmetics pop up and also Elites: visually distinct characters with “a themed assortment of cosmetic items, character voice-overs, a Best Squad animation, and an exclusive Special Assignment that helps bring to life the story of the Elite and unlocks a signature melee weapon.”

DICE stresses that “Elites play like any other soldier and do not grant any type of gameplay advantage.” The studio hasn’t pinned down a release date yet, but they won’t be ready in time for April 4.

As for Battlefield V‘s time savers, they’re about what you’d expect. There will be Tier Catch-Ups for unlocking Chapter Reward items and also XP Boosts “allowing you to reach Chapter, Career, Weapon, Vehicle, or Class Rank at a faster pace.” It’s nothing particularly new to Battlefield as a series.

Finally, Battlefield V will round out its real-money purchases with bundles containing Battlefield Currency and various weapon skins. The first two of these packs will be available tomorrow.

“Looking ahead, we will continue to release new cosmetic items that can be obtained through direct progression, [the in-game currency] Company Coins, and/or [the real-money] Battlefield Currency,” the studio said. “We want to give every player a chance to access new cosmetic items, whether they choose to spend real-world money or earn content through gameplay.”

We haven’t seen a pricing breakdown yet, but assuming this stuff isn’t anything out of the ordinary, I feel like most players will promptly ignore the microtransactions and carry on playing and progressing like normal. Speaking of, DICE has also shared the patch notes for the Firestorm-focused April update.