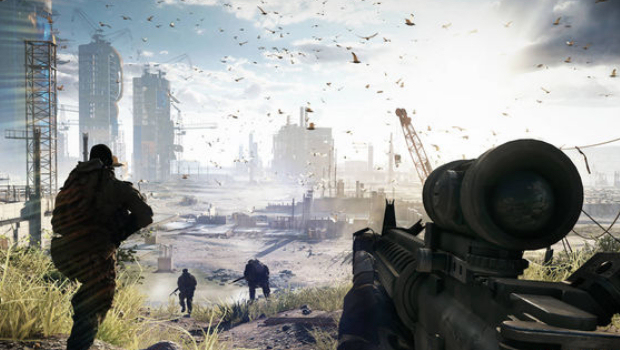 DICE wants to avoid a gamble

Despite the Wii U finally giving Nintendo a console that compares to the PS3 and Xbox 360, quite a few studios have decided to pass on bringing their games to the system. EA DICE is the latest, creative director Lars Gustavsson confirming Battlefield 4 will avoid the risky system.

“Sometimes, at least for us, it’s focusing on what you do well and what you know well, and ensuring that you deliver something good than trying a bit too much, stretching yourself too thin and risking it,” he told Videogamer. “I’d rather play it safe, deliver something really good and then look at the future and what could possibly be done than trying a bit too hard and [failing].”

Playing it safe is something the game industry has become really good at lately, with companies retreating into their tortoise shells to weather the market’s tumultuous environment. This really puts Nintendo in a bad position, and makes one wonder how all future consoles will fare.

While Gustavsson focuses on creative risk more than financial concern, the amount of studios declining a Wii U port speaks volumes. Companies are scared of supporting the machine, because it’s just not big enough. With development costs skyrocketing and games considered failures even after selling millions, one wonders exactly how big a console will have to be to support the current decadence of mainstream gaming.