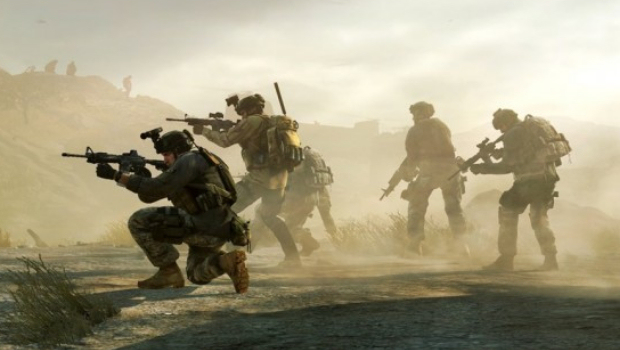 Electronic Arts accidentally revealed a Battlefield 4 pre-order bonus for Medal of Honor Warfighter this past weekend, then quickly went into denial mode. Of course, EA was just stalling until it could announce the game on its own terms — which it now has done. Battlefield 4 is officially a thing.

“The team at DICE is hard at work on the next entry in the Battlefield series, and to ensure access to the exclusive Battlefield 4 beta, shooter fans can pre-order Medal of Honor Warfighter today,” announced the franchise’s official site.

No assets, logos, or details have been shared, probably because EA had to announce this earlier than planned. Still, it will probably look a bit like the header image above, which is incidentally from Medal of Honor Warfighter. It’s really starting to not matter what game these screenshots are from.

So yes, Battlefield 4 is real now because EA allowed it to be. Rejoice.