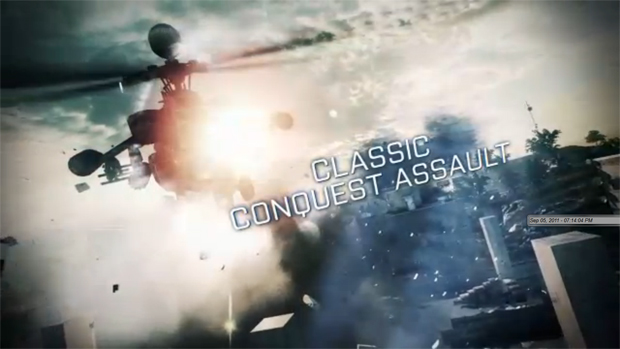 EA has released the trailer for the Battlefield 3 Back to Karkand expansion pack, and it’s looking pretty explosive.  The expansion’s going to feature 4 new maps along with new weapons and vehicles.  Classic Conquest Assault is set to make a return as well.  It looks pretty good!  Now despite how well the game does against Call of Duty, no doubt a ton of you have bought the game on its first print run.  That means you’re getting that content for free when it releases in December, while other players that got on the boat late will be paying 14.99.

I gave the game a spin not too long ago, and oddly enough it was nowhere near as action packed as this.  Clearly I should not just be playing standard deathmatch mode.