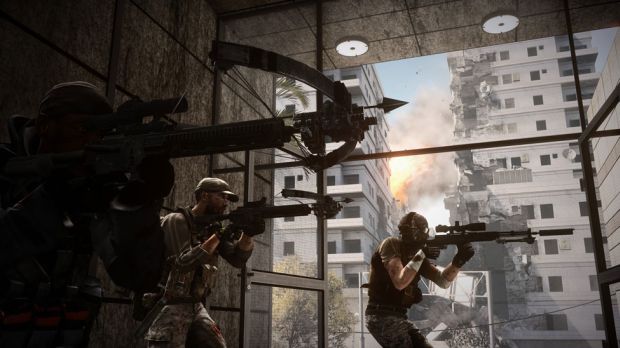 New mode, vehicles, and a crossbow!

The “Aftermath” expansion for Battlefield 3 is rolling out starting today, with subscribers to the Premium service getting it first on the PlayStation 3. Xbox 360 and PC players on the Premium service will get all this on December 4. Then, non-members will get access to this content on December 11 on the PlayStation 3, and December 18 for the Xbox 360 and PC for $14.99. That’s totally not a complicated way of doing things. Totally.

Aftermath is made up of three new vehicles, four new maps, and a new crossbow weapon. There’s also a new mode called Scavenger, where everyone starts off with a sidearm and have to look around the map to pickup stronger weapons.