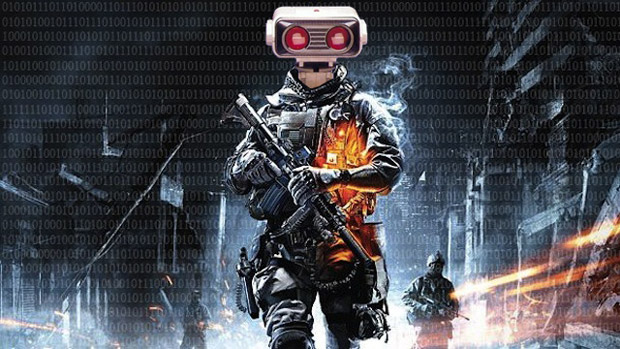 What composers did with game music 20+ years ago is a lot different than what they do now. We’re talking full-on symphonies, ambient noise, punctuated silences, and a concerted effort to use the audio to envelop players as though they were right there in the heat of battle. Now, we can debate from dawn to dusk on the strength of melodies in modern orchestrations versus old-school chiptunes and so on, but no one can deny that things are vastly different, for better or worse.

That said, it’s amazing what something as simple as swapping out music and sound effects can do to the feel of a videogame. YouTuber Omega52 thought it would be a fun experiment to make Battlefield 3 sound like an NES title — explosions and gunfire are replaced with the blips and bloops of Contra and Top Gun, and the nearly silent soundtrack is replaced with bass-heavy Sunsoft jams from Journey to Silius and Batman. It’s quite the fresh twist!

The realism of the original audio may be appealing to some, but those bitty old effects have a weight all their own. Contra gunfire just sounds like it makes a bigger impact, ya know?