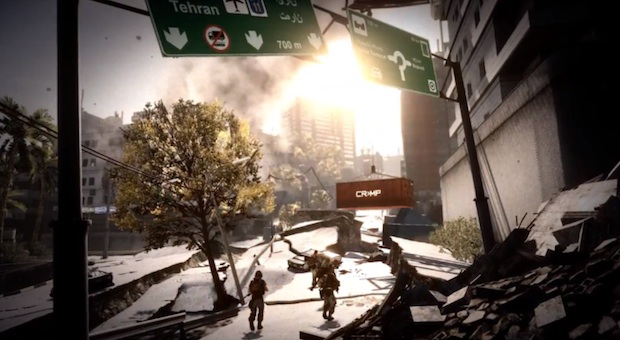 It’s 8am, and I’m drinking my morning tea and going through my press releases and work mail like I do every morning when I find a message from EA pointing me to the premiere trailer for the fourth multiplayer expansion pack for Battlefield 3, called Aftermath, which is due out at the end of November/early December.

Jesus! I’m awake now. Thanks, DICE and EA. But I get why it’s loud. The whole episode is set in post-earthquake Iran, where everything is a mess, and sh*t is still going down. The end of the trailer hints at more earthquakes on the way, too.

Aftermath features a new game mode called Scavenger, where players start equipped only with a knife, sidearm, and one grenade. They’re forced to search the wreckage to find better gear and survive.

Something like this is now playing out in my office as I recover from the subwoofer mini-earthquake this trailer caused.