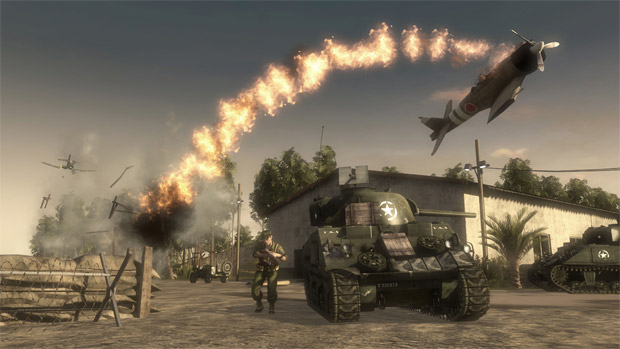 What’s the deal with the PC version of Battlefield 1943? We still don’t know for sure. The long-since-presumed-dead port of DICE’s uber popular PlayStation Network and Xbox LIVE Arcade game is officially still on the way, but refunds are now being issued to those who want out.

Here’s the word from an EA rep, courtesy of VG247: “All pre-orders can be canceled with refund at any time and we do not have any further information at this time about a release date for the PC version of Battlefield 1943.” Same old same old.

My guess is DICE has its hands completely full with Battlefield 3 and the multiplayer component of Medal of Honor. If that’s correct, guys, don’t say anything. Even still, I’m really starting to question whether PC gamers will ever see their promised 1943 release.

Filed under... #Battlefield#DICE#Save The Chilluns