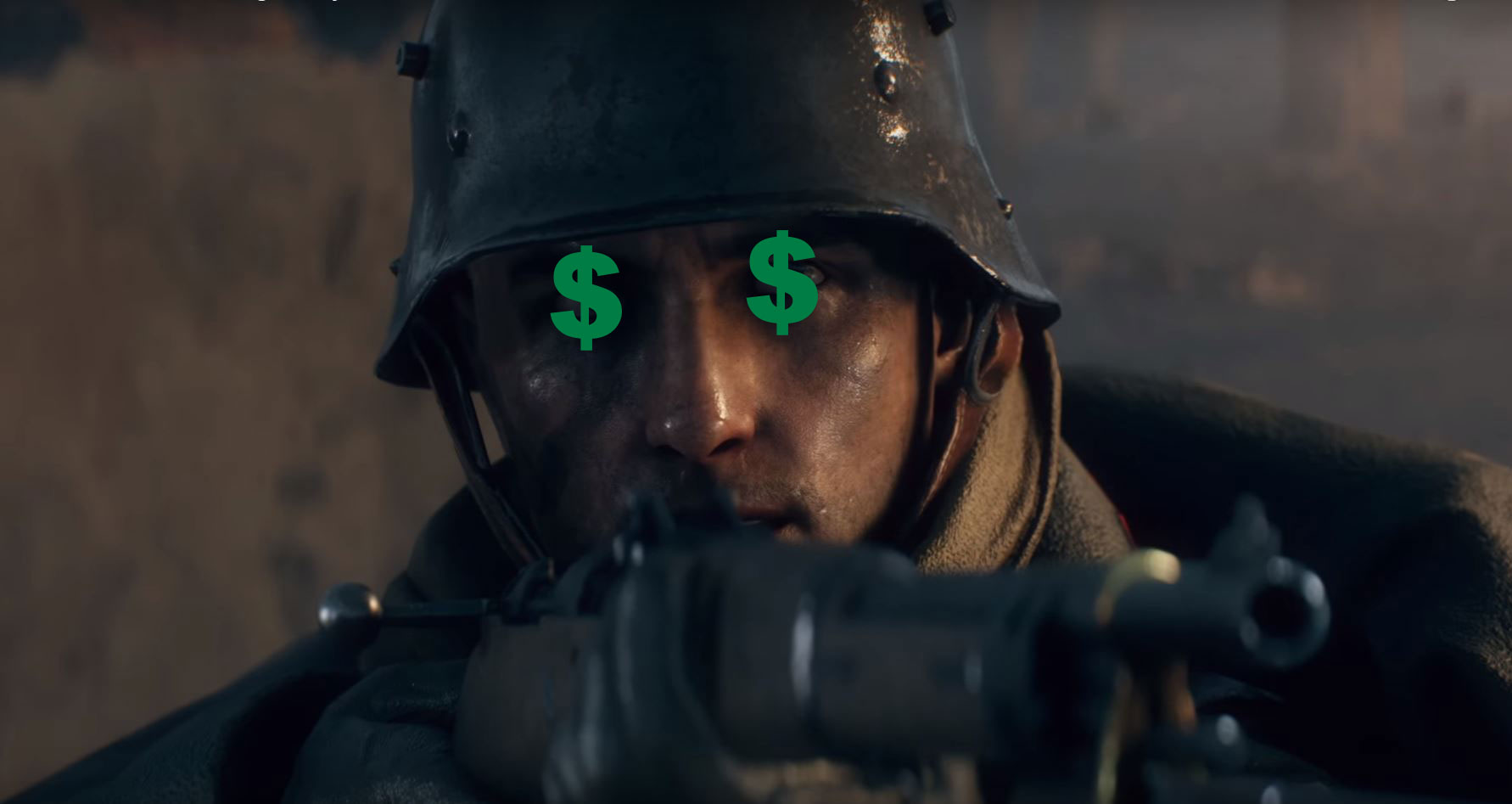 Aim for the deals

We’re less than a week away from the release of Battlefield 1‘s Early Enlister edition and if you want to pre-order, there are options from three different retailers for cash bonuses. You can opt for a slightly bigger gift card incentive if you can wait for the physical delivery, or you can get instant gratification and pick up the Xbox One Battlefield 1 download code which also come with a cash bonus.

Let’s face it, there’s no buzzkill greater than realizing you need to spend half a day downloading the game (or updates) before you’ll be able to play. Thankfully, we’re seeing a new trend where even console digital copies will receive a pre-order bonus. For the Battlefield 1 Standard and Early Enlister Deluxe copies, the download codes are being sent out instantly after purchase as of writing.

The pre-load is live right now on Battlefield 1 for the Xbox One and PC, and with the Microsoft Store and DLGamer both sending keys out, you can start the download right away. The file size on the Xbox One is about 42GB. The Early Enlister version will, of course, get you access as early as next Tuesday, October 18.

If patience is your virtue but you still want to pre-order for a cash incentive, your options grow. The biggest gift card bonus is Dell. There you can get a huge $25 gift code that arrives via email 10-20 days after the game ships. That’s an impressive gift card bonus worth over 40% the value of the game. Dell sells physical discs, but they ship fast with free second-business-day options.

Best Buy is another option worth considering. There “My Best Buy Rewards” members will get $10 in rewards for pre-ordering the game – even the digital copy. If you’re a paid Gamers Club Unlocked member ($30 membership for two years), the physical copy deals gets even better — you’ll receive another 20% off for some additional significant savings.

If you sign up for GCU alongside the pricey $79.99 Early Enlister edition (which can be activated instantly with the digital version of GCU), the savings become more pronounced and you’ll only need to buy about two more games within a year to “earn back” the cost of the membership.

Update: Dell’s deal is dead and Best Buy is updated to the digital copies.