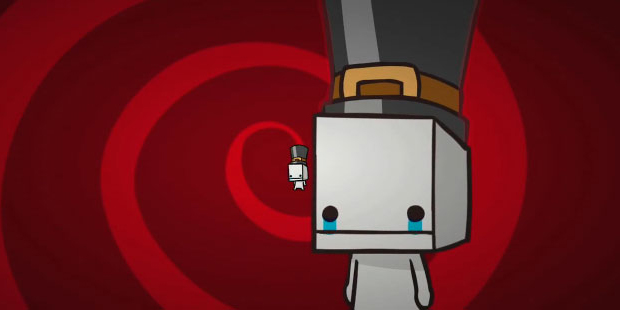 The Behemoth has outlined some special perks players of BattleBlock Theater will get if they have also purchased the developer’s prior games. Owning Castle Crashers or Alien Hominid HD on Xbox 360 will unlock a playable Knight or Hominid character (respectively).

The benefits are even going to go the opposite direction in the case of Castle Crashers, which is getting an update called the “Can’t Stop Crying Pack.” With the update installed, earning any achievement in BattleBlock will unlock Hatty Hattington as a playable character in Crashers.

Pretty neat. I don’t know that I’ll rush to play as Hatty, if for no other reason than I’ve played through Castle Crashers so many times that I don’t really seek it out anymore. It’ll be good to know he’s there when I next get the itch, at least, and it’s nice to see Behemoth offer a little something extra for buying all the things.