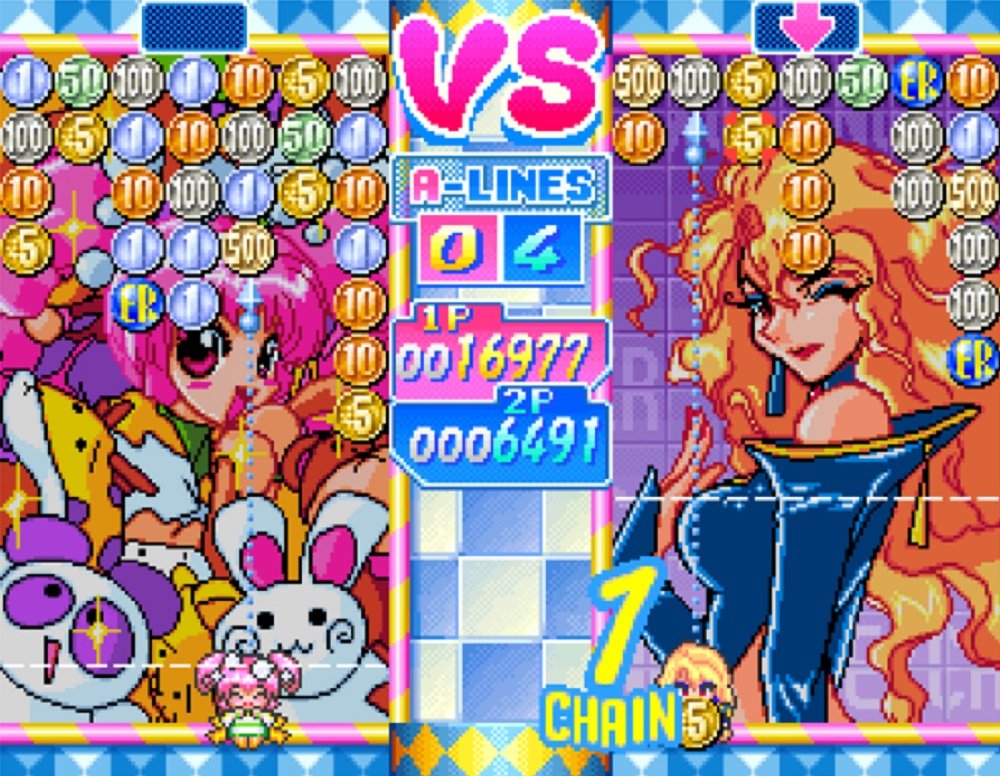 Hamster continue on their quest to bring the huge catalogue of ’90s classics to modern platforms via their Neo Geo ACA range. Yesterday saw something a little different available for download as Money Puzzle Exchanger launched on PS4, Xbox One and Nintendo Switch.

Money Puzzle Exchanger, known in Japan as Money Idol Exchanger, was developed by Face and published by SNK. It was released in Japanese arcades in 1997, before being eventually ported to the Game Boy Advance and, later, the PlayStation.

The cheerful puzzler fits snugly alongside stacking games of the era, such as Puzzle Bobble and the excellent Magical Drop. Money Puzzle Exchanger tasks the player with managing an onslaught of coins, literally exchanging lesser values for those of higher currency, eg. turn five “1” coins into one “5” coin, then two “5” coins into one “10” coin and so on. Coins disappear from the playfield when two “500” coins collide.

As with other games of this genre, various special tiles and power-ups come into play, allowing you clear busy areas faster, and stay one step ahead of your opponent. The game features a choice of happy-go-lucky guys ‘n’ gals to represent your board, as well as amusing, badly-translated English text. I personally never gave this game much time, scared off by spooky mathematics, but it’s a great-looking and fun stacker game.

If you want to try your hand at this fast-paced numerical title, then Money Puzzle Exchanger is available for download on PS4, Xbox One and Nintendo Switch now, priced at around $8