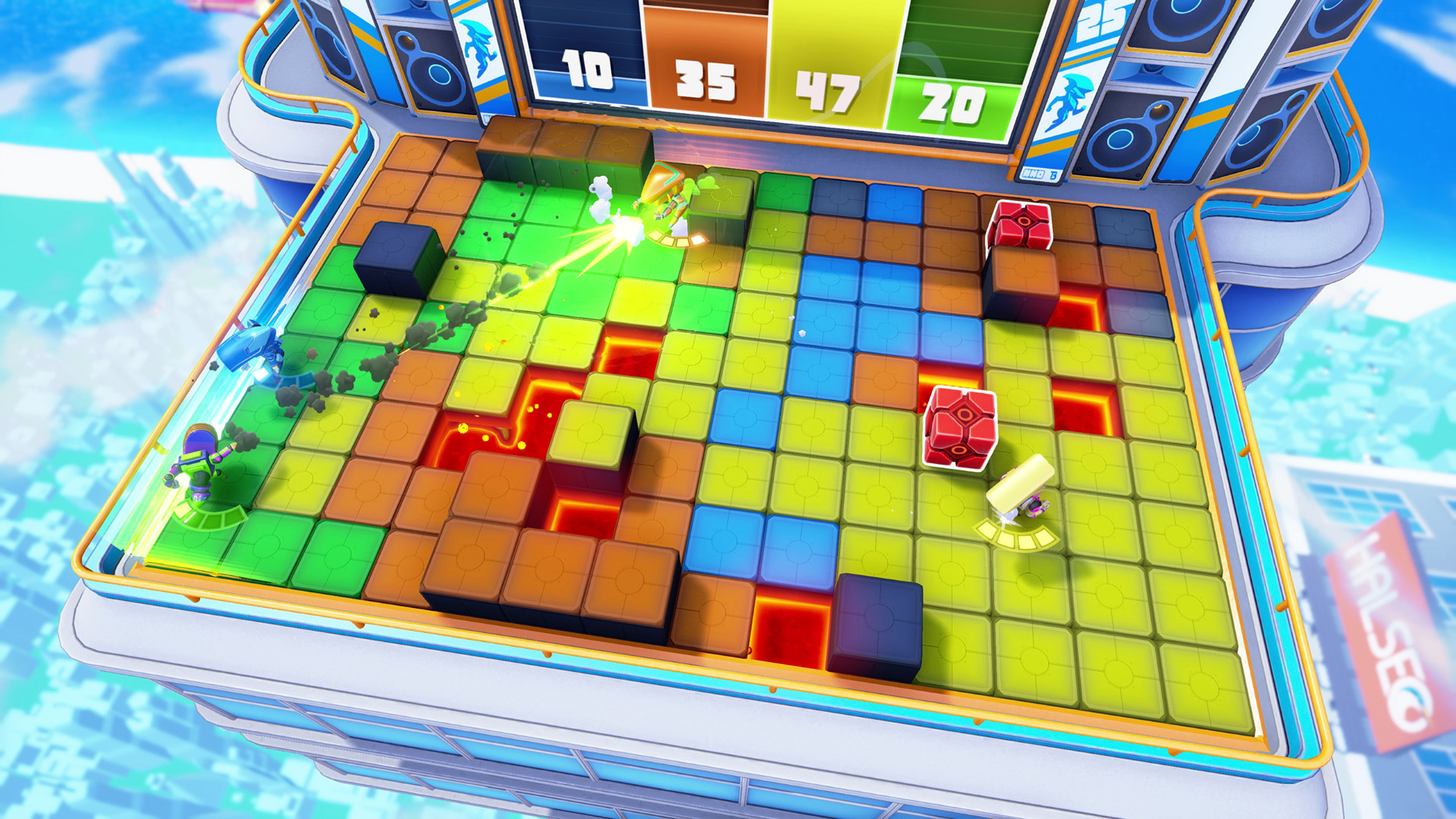 And my new Bomberman fix

It only took a few seconds for this Battery Jam trailer to tell me what it’s all about and wholly sell me on the idea. This “territorial mayhem” multiplayer game has players smashing boxes around to paint the ground with their chosen color and also wipe out the competition in the process.

The concept itself is straightforward, but it looks punchy and frenetic in all the right ways.

It’s coming to Steam Early Access in January, with the developers at Halseo adding that they’re working toward having the game “completed and officially released around March 2018.”

The Early Access build of Battery Jam will release with “four stages across two levels” and it’s meant to be “fairly indicative” of the final product. As for the big question that’s always asked for these sorts of games, it’s local multiplayer only. Currently, there aren’t plans to add online play.