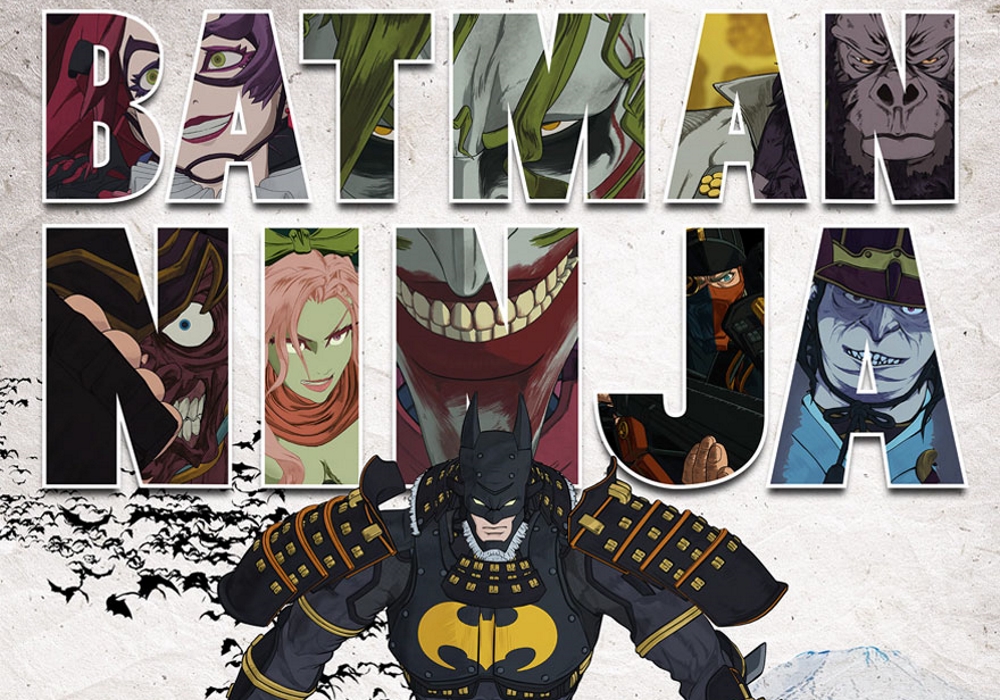 Batman been around for over 75 years, with a few dozen iterations and interpretations of the Dark Knight gracing all forms of media. Now, a new anime interpretation of the caped crusader from the far east surprises everyone with Batman Ninja. This story of the rich guy with issues that dresses up like a bat has him transported to the distant past of the Warring States Era of Japan. This era, also known as the “Sengoku Era” (1467 to 1603),  is when Japan was divided under different groups and nations. Batman then does the thing he does best but in old Japan: be Batman.

As y’all can see in the trailer above and below, Batman is not alone in his Japan trip and his longtime foe, the Joker, is there too doing his best Kefka impression. Even more of Batman’s friends and foes are along for the wild ride with all kinds of crazy looking stuff that I’m not even gonna try to make sense as to how or why anything is happening. I’m just gonna enjoy sit back and watch the Batsh–amurai insane spectacle of it all.

Batman Ninja has some pretty good people behind it with the director Jumpei Mizusaki and studio Kamikaze Douga, who worked on CG opening animation shows such as JoJo’s Bizarre Adventure and Gatchaman Crowds. Screenplay is by Kazuki Nakashima who wrote for awesome anime such as Gurren Lagann and Kill La Kill, character designer is Takashi Okazaki who worked on Afro Samurai. Music is by Yuugo Kano whose work can be found in shows such as JoJo’s, PSYCHO-PASS, and AJIN.

This film will come out in Japan in 2018 with no news of an English language release date as of the writing of this post.