There’s a bit of cross-media marketing going on right now between DC Comics and Fornite, and Batman is no stranger to that whole process!

As you may recall, the “Zero Point” comic series debuted recently: which thrusts Bruce Wayne into the Fortnite universe, and forces the World’s Greatest Detective to figure out why he has to relive a blood sport battle royale contest every day whilst losing his memory. Of course, there are skins and stuff to earn and buy as a result.

There’s sort of two things going on here. Zero Point readers (either physically or through the DC Unlimited service) are getting one code per issue to input for free stuff (first issue was a Harley Quinn skin, the second issue is the Zero Wing bat glider), and Epic, in true Epic fashion, is just letting you buy the stuff over scattered increments.

That’s where Batman comes in. Just yesterday Epic unleashed his bundle into the storefront, which is going for 2,100 V-Bucks (roughly $20) and includes the Batman Zero skin, his tattered cape, a grappling axe harvesting tool, the aforementioned Zero Wing glider that’s sort of a double-up reward, and the “Batman From Zero” loading screen that’s seen in the header in this very story. You can find the full schedule of reveals here, with eventual updates for when you can buy them on the store (Harley is in June, for example).

That’s basically it for now: Issue #2 is out, and you can buy some skins and make Batman do the Naruto run and/or dab. 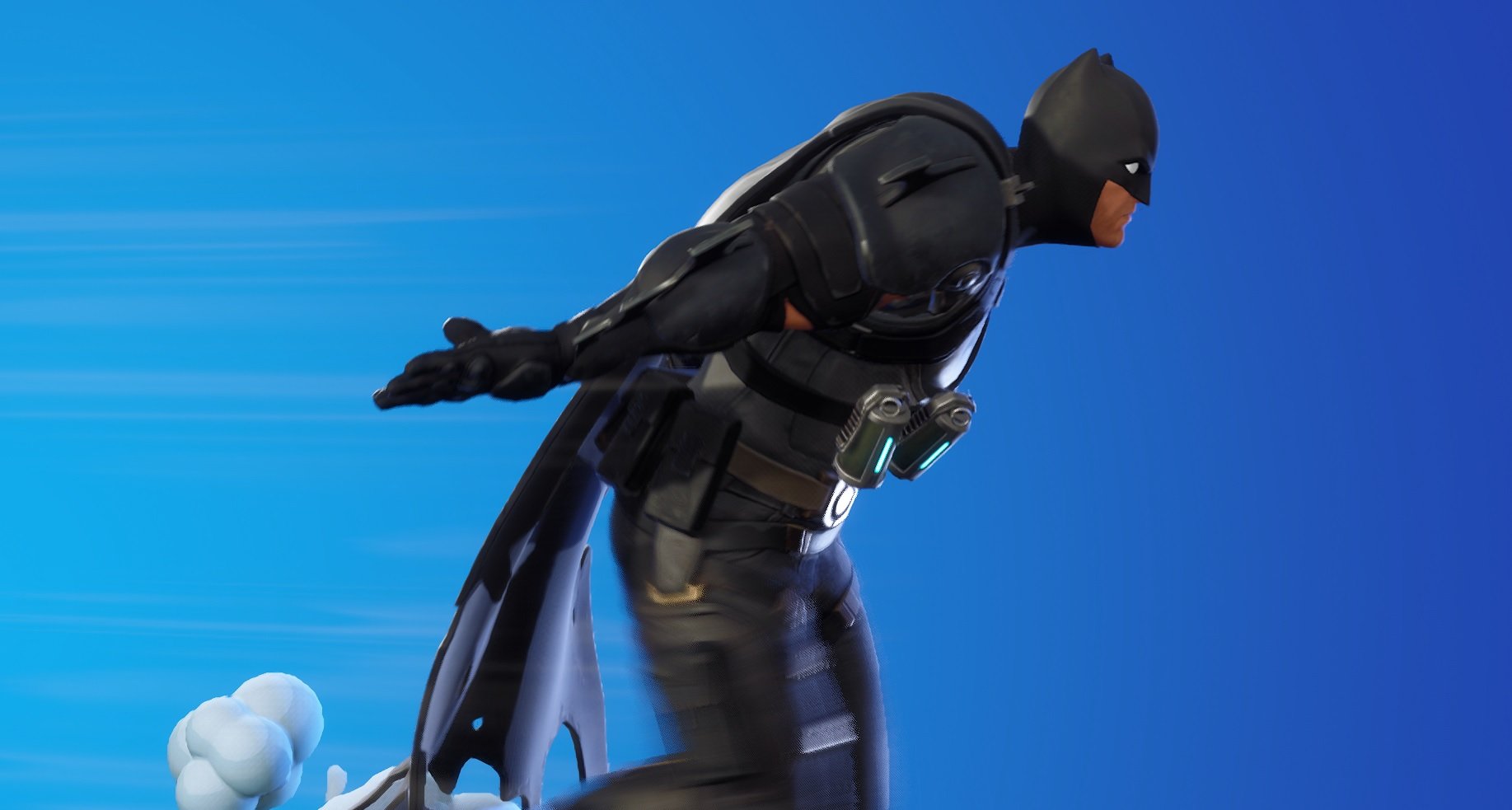