A common pattern for when a successful single-player IP has turned into a series is to tack on a multiplayer bit of some form. Unfortunately, when this happens, the multiplayer portion is often a half-assed attempt thrown in simply to appeal to a key demographic. Usually this portion is handled by a separate studio to varying degrees of success, and may have little relation to the main game.

In the case of Batman: Arkham Origins, I’m relieved to tell you that while there is a new multiplayer mode in the game and it is being developed by Splash Damage studios, “Invisible Predator” online mode is an incredibly fun and appealing addition that works within the storyline framework and is a great addition on its own merit. During a recent playthrough in the Blackgate Prison map, I got a chance to see how it all works and just how badass it is to be Batman against live players. 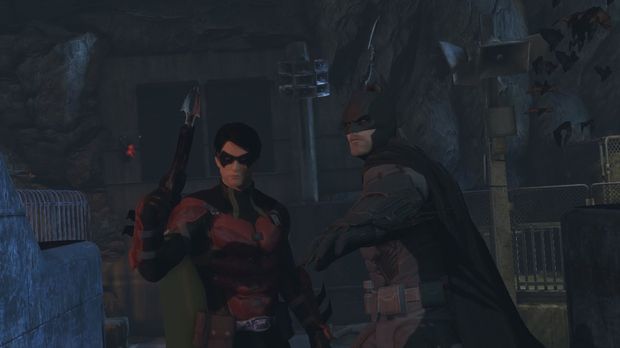 In a presentation by Alistair Cornish, the creative Director of Splash Damage, the two core elements of the Batman series that have attributed to its success are a merging of fighting in the great free-flow combat system and becoming an invisible predator to stealth takedown enemies when things get too hot for the Bat. The developers wanted to really focus on bringing over these elements when creating a multiplayer mode, and thus “Invisible Predator” mode was created.

You play as a character in one of three teams. Either you’re part of a group of three within Bane’s or Joker’s gang, or else you can play as Batman or his loyal sidekick, Robin. As part of a gang, you’re tasked with taking on checkpoints and holding them down against the rival gang while also keeping your eye out for Batman and Robin swooping down from the shadows. 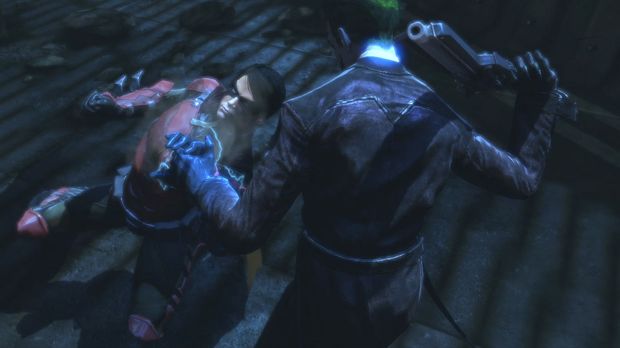 As Batman or Robin, you are the “invisible predators” who try to intimidate both gangs from taking any checkpoints. This is achieved by varying your takedowns (Silent, Grate, Gargoyle, or Gadgets) to fill up the Bat Symbol in the center of the screen. While the gang warfare primarily plays out similarly to any other multiplayer game with checkpoint matches, the truly interesting twist comes in with the addition of the heroic masked vigilantes. After playing a round as one of Joker’s gangsters — taking some checkpoints and getting some easy kills off of Batman and Robin, the next round saw me as Batman and I soon realized the true potential of the Invisible Predator mode.

As Batman, you are given Detective Vision and a few of your trusty gadgets including your Batarang, smoke pellets, and explosive gel. The gangsters get their own version of Detective Vision known as “Enhanced Vision”  that runs on a limited recharging battery power and can easily be scrambled. They also have various weapons such as assault rifles, pistols and shotguns. Batman and Robin are not capable of using any of these weapons as would be expected, though they are entirely capable of one-hit knockouts provided they choose their attacks wisely.

Much like in the single-player campaign, there are vents a-plenty for the duo to lurk in and take out thugs from underneath. Also like the single-player, it is entirely possible to grab a thug from a ledge high above and quickly and quietly dispatch him before anyone is alerted. The controls to get around as Batman and Robin versus the thugs may take awhile to get used to as you no longer can rely on the usual multiplayer run and gun style. Instead you play in a way very similar to the single-player campaign. Once you’re familiar with how to play as the vigilantes, the gameplay opens a whole host of exciting and fun scenarios against the rival gangs. 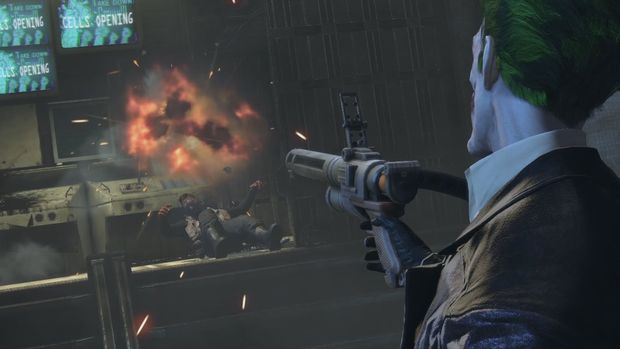 Of course, no gang operating under a super villain would be complete without an appearance by the main men themselves, and another cool feature of the Invisible Predator mode comes in when one of the thugs is able to switch to Bane or Joker (in a way similar to the Big Daddy switches in BioShock 2’s multiplayer, but better handled). This opportunity arises at certain times during the match and any thug from their respective team can become Bane or Joker provided they make it to the meeting location in time.

Though I didn’t get a chance to really see Joker in play during my matches, I tried to take down Bane both as an opposing thug and as Batman, and both times were met with my bitter end as Bane’s incredible strength made short work of me before I could get in first for the kill. I wish I did have a chance to take down Bane though, as taking down the super villains gives a large intimidation bonus. 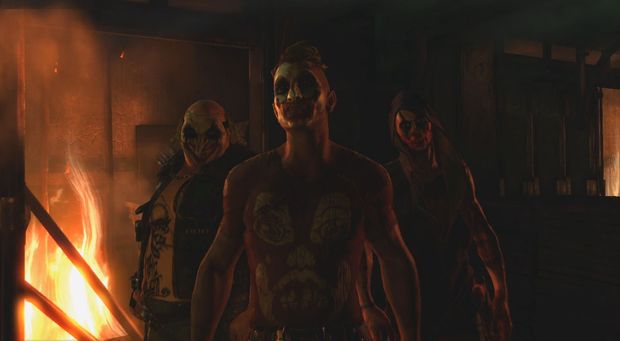 Somehow I ended up being Batman for at least three different matches, so I got a chance to really get a feel for playing as the main vigilante, and it only took a short matter of time before I was leaping from ledge to ledge, observing rival gangs at war, and swooping down to pick off members before their buddies were alerted. Even though I didn’t get nearly as much time with the multiplayer in general as I would have liked, the time I did have with it was thoroughly enthralling and I could already imagine the intense matches with players who have had enough practice playing both sides.

Much like in other multiplayer games, progression in each match works towards unlocking different skins, costumes, and enhanced abilities. I didn’t get a chance to see upgrades beyond cosmetic changes, but what I did see was pretty cool, such as outfits for different eras of Batman and Robin and a great deal of customization options for your generic thug from each gang.

My overall impressions of the Invisible Predator mode for Batman: Arkham Origins are quite high after only a couple hours of hands-on time, and it’s something I’m looking forward to now.