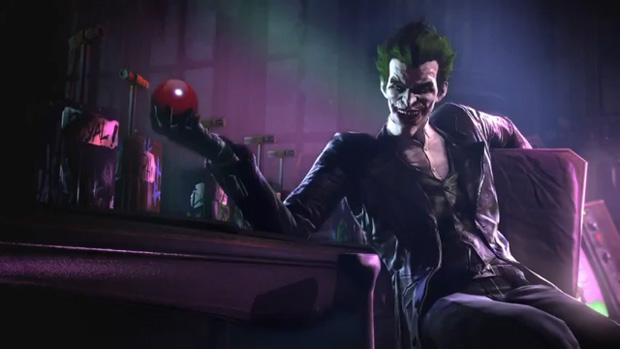 Batman: Arkham Origins has a season pass. Boo, hiss. One of the pieces it contains is the previously discussed “Initiation” DLC. In it, you play as a pre-Batman Bruce Wayne. It’s like an origin to Arkham Origins, which is Bruce Wayne in his formative Batman years.

According to producer Guillaume Voghel, speaking to Eurogamer, “You play as Bruce Wayne learning to be a ninja.” You’ll be learning from “his greatest teacher, Kirigi,” who has League of Assassins affiliations. However, “it’s not League of Assassins, it’s ninja-related. It’s when he learned to be a ninja and learned those techniques. He goes to a monastery – custom content was created for the DLC. You’ll be in Asia in the monastery. The team did a great job on that, it looks really good.”

Looks like the series will be venturing out of Gotham for the first time. Voghel also explained the game’s permadeath “I Am the Night” mode. “The main narrative arc and side missions last about 12 hours,” Voghel explained, “and then you have all the collectibles. To get 100 percent of that will take much, much longer. We have a new difficulty level, New Game Plus is coming back – that’s really difficult – and when you’re done with that there’s I Am The Night mode – which is no saves and one life.”

Are you a bat enough dude to become the night?