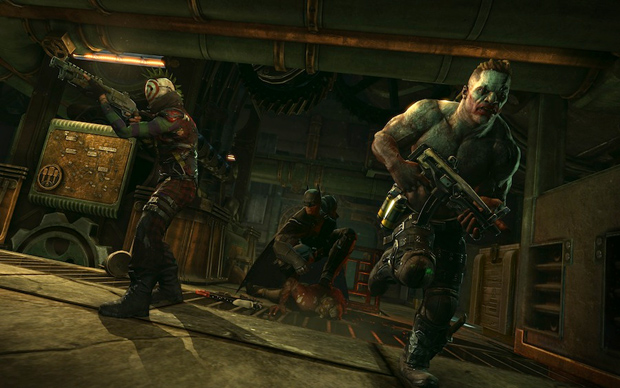 I’m not currently playing Batman: Arkham Origins‘ multiplayer. Are you? Are your friends?

WB Games has release a new mode for the game, and I hope someone’s out there enjoying it. “Hunter, Hunted” is a free addition on PC, PS3, and Xbox 360 in which three Joker thugs, three Bane thugs, and Batman try to outlast each other with no respawns.

As appealing as it is to play as the Caped Crusader, man, talk about pressure. Glad to see this mode arrive in a free update so as to avoid splitting up the player base.