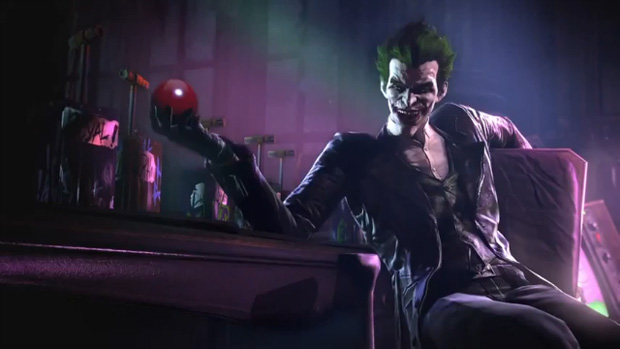 Warner Bros. has posted the E3 gameplay trailer for the upcoming prequel, Batman: Arkham Origins, and it delivers the hits… literally. Black Mask puts a bounty on Batman’s head, which brings the combined might of Bane, Deadshot, Deathstroke, and other villains to Gotham City.

The video also gives us a chance to hear the new voices of Batman and Joker, played by Roger Craig Smith and Troy Baker, respectively. Smith (Resident Evil‘s Chris Redfield, Assassin’s Creed‘s Ezio, and Sonic the Hedgehog) is pretty decent as the younger Bats, but OH MY GOD, Baker (BioShock Infinite‘s Booker and coincidentally Sonic‘s Espio the Chameleon) totally nails it! I had to tune in closely to make sure I wasn’t hearing Mark Hamill!