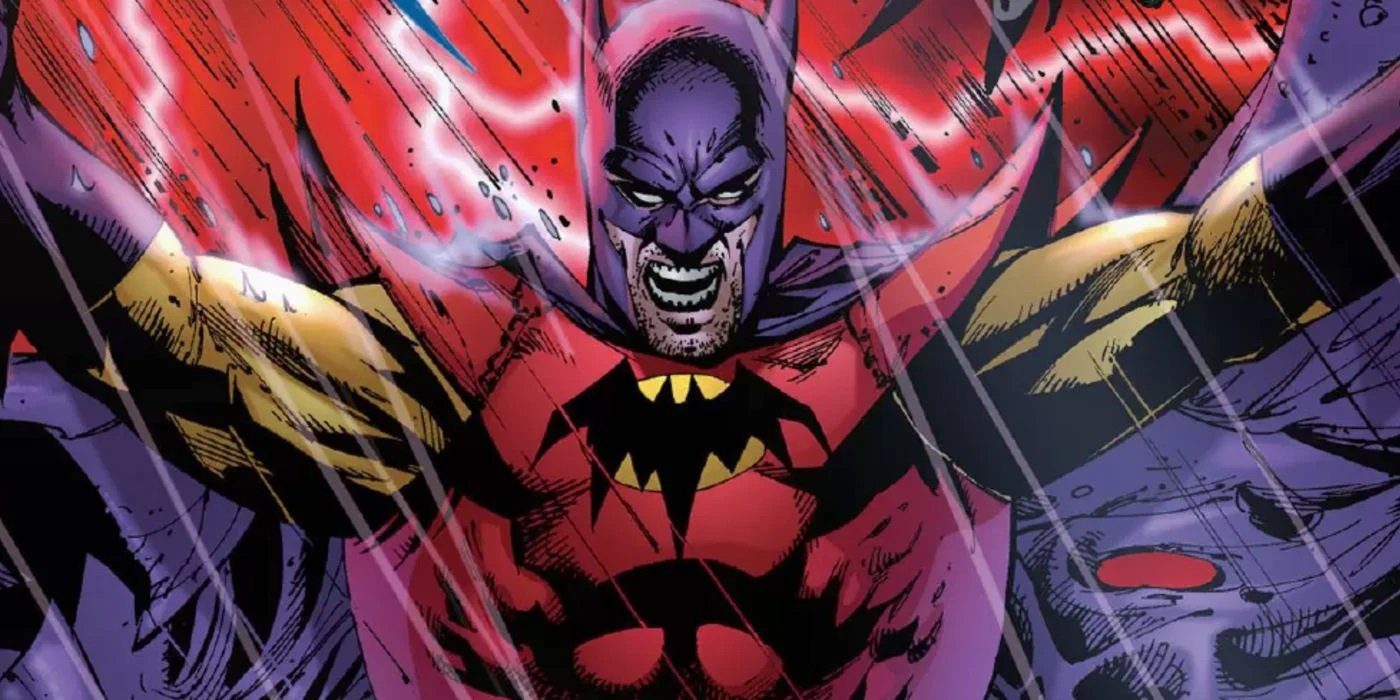 Anyone who’s still playing Arkham Knight can now dress Bruce Wayne up in a few new outfits. Rocksteady updated the game with two new skins as a holiday gift for players.

The Zur-En-Arrh costume has roots in two stories. One is a 50s-era arc where Batman travels to another planet to fight giant robots. The modern version uses the phrase “Zur-En-Arrh” (which is Bruce’s misinterpretation of his father’s dying words) as a Manchurian Candidate-like trigger to get Batman to torture and/or kill his enemies.

The other one requires far less explanation. The Anime Batman outfit is from the Batman animes. (Actually, it’s pronounced “anime.”) Putting this in our work Slack sent Chris and Moyse down a rabbit hole of Batman: Gotham Knight and Batman Ninja links. Jordan contributed “Big anime pecs” which was low-key very funny.