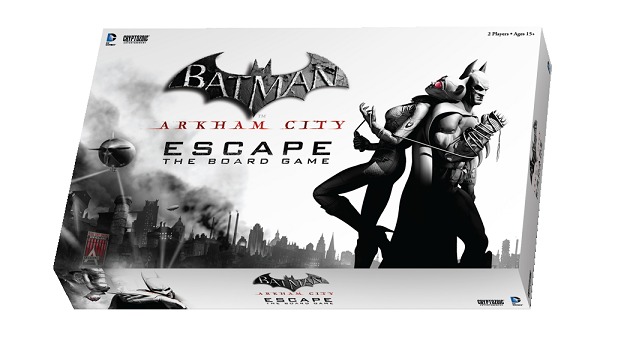 The Dark Knight is not limited to L-shaped movement

Walking through my friendly local board game shop the other day, something caught my eye. On a display stand was a shiny box labeled Batman Arkham City Escape: the Board Game. We hadn’t previously heard about it, but it has been available for about a month now.

After a quick read of the rulebook, Arkham City Escape appears to be a two-player asymmetric game set on a hex grid, with one player controlling a cadre of Batman villains attempting to escape Arkham and the other player controlling the Dark Knight himself. Of course, in true Arkham series fashion, there are gargoyles to which Batman can grapple.