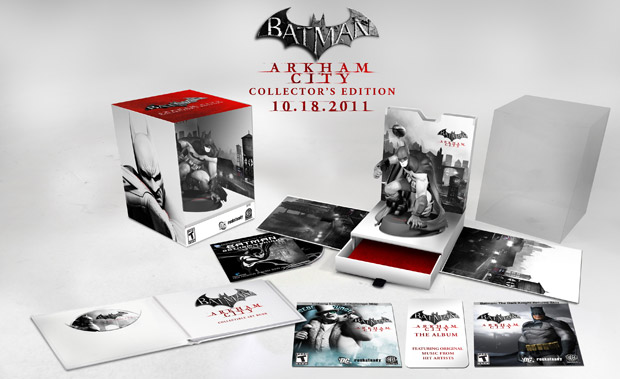 Words? Who needs those? As a follow-up to Nick’s post on the Batman: Arkham City collector’s edition, we have an image of what the $99.99 bundle includes, straight from Warner Bros. Interactive Entertainment.

This edition will be available across Xbox 360, PlayStation 3, and PC when it releases in North America on October 18.