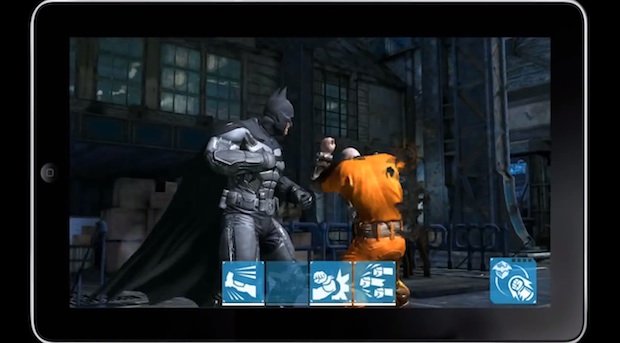 Android folks, you’ll see yours closer to the holiday season.

As you’d guess, you’ll fight your way through Gotham again in this mobile version. Now you can unlock unique Batsuits and earn in-game rewards and currency. There’s a special content unlock for those that also own the console game (and have a Warner Bros. ID account).