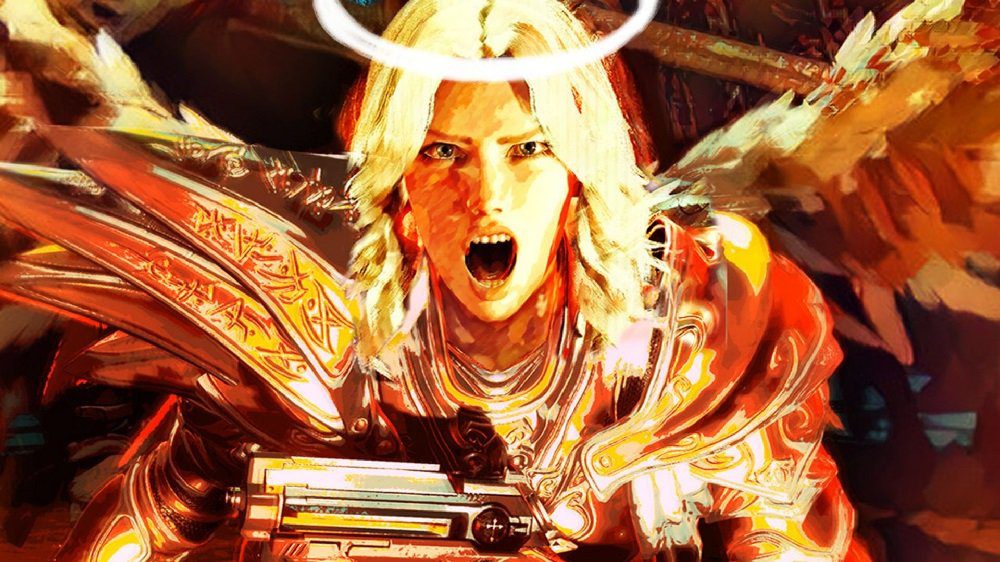 Dance through the Danger

Developer Awe Interactive announced that their wild and bombastic rhythm-action shooter BPM: Bullets Per Minute is currently lock ‘n’ loading for its long-awaited PS4 and Xbox One debuts, scheduled for summer 2021.

Launching on PC in the fall of 2020, BPM is a high-fantasy and very metal first-person shooter which sees players in the role of a heavily armed Asgardian Valkyrie, desperately fighting to keep the realm protected from a demonic invasion. BPM‘s gameplay sees players rewarded for meting out vengeance to the beat of a hard-rockin’ soundtrack — bagging new weaponry and heavy-buffing power-ups while utilizing a complex traversal system to stay one step from harm, and look dang stylish while doing it.

“When BPM: Bullets Per Minute hit PC, the response we got blew us away, and we were aware that many gamers out there were keen for us to bring our particular brand of bang-bang-to-the-beats action to PlayStation and Xbox,” said Awe Interactive founder David Jones. “We always had plans to support consoles, but we felt like we should treat it as a brand new release, however, and as a result we looked for a partner to help us do these new platforms justice.”

Awe Interactive found said partner in the form of publisher Playtonic Friends, who will help get the frenzied and fiery release into the hands of console players soon.

“Signing a deal to publish a game made by a studio you’ve never physically met whilst simultaneously launching a publishing label might sound daunting for some, but here at Playtonic Friends, we saw it as a challenge to master one of the new normal’s routine tasks: Loudly and repeatedly informing each other that one or more of us had left our mics on mute during endless Zoom calls,” said Playtonic CEO Gavin Price. “It’s been a pleasure to come together with Awe Interactive and we’re genuinely excited to bring BPM: Bullets Per Minute to console gamers this summer.”