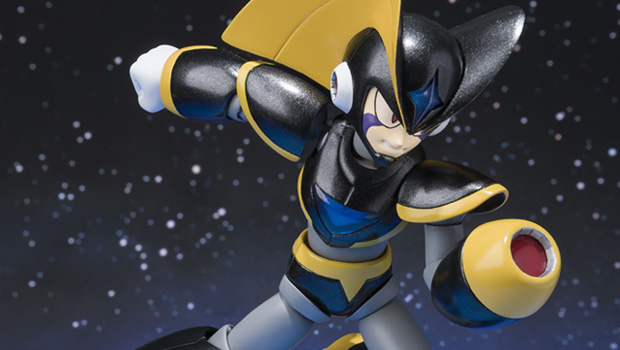 Like that D-Arts Bass action figure I talked about the other week? Pretty sexy, ain’t it? And remember how I said it was highly likely that Bandai would try to bring it to US retail?

Distributor Bluefin has got your back! Not only will Bass and his dog Treble be arriving on our shores, they will do so during so in June / July, around the same time as their Japanese release. The $43.99 figure set will come with changeable face plates, arm parts, and a whole heap of awesome sauce.

The provided action shots are so cash. Look at that “rivals” team-up with Mega Man and Rush! How badass can you get!?

D-Arts Bass and Treble [Facebook via The Mega Man Network]