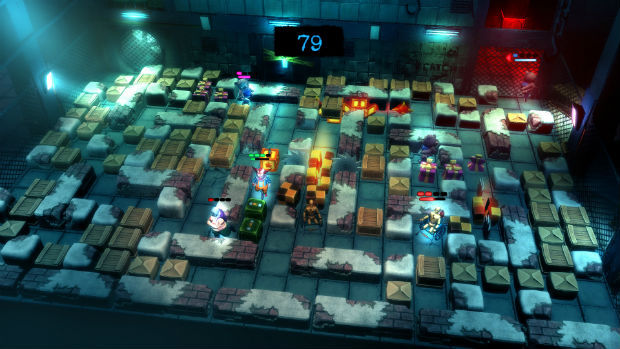 Sometimes, it’s better to move on

Poor Basement Crawl. Poor anyone who bought this critically-panned PlayStation 4 multiplayer game. Chris reviewed it for us, scoring it a two out of ten and writing that “Basement Crawl is not only a broken, unfinished game — it’s also a poor one.” He then went on to, just as I did the other day, wish for a new Bomberman. “…anything would be better than this,” he said.

Speaking to GameSpot, Bloober Team’s Marc Colhoun apologized, remarking that “The game was a mess for both [players] and us.” The studio is in the midst of rebuilding Basement Crawl from scratch, on a new engine, in an attempt to salvage what little it can of the concept. It’ll be free for anyone who bought the original version once completed.

“I know that this isn’t really the way things are usually done in the industry, but I think that if you have put a bad product out to people it is your job to do what you can to fix that. Even if it means going back to the drawing board on a game that has already been released.”

A tutorial, AI, and extra game types are some of what’s in store. I want to like the fix-it sentiment, but it’s hard not to feel the game should never have released in the state it did.