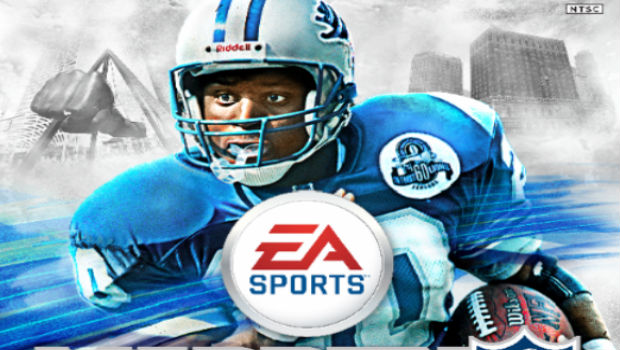 The master of the juke gets his cover

Barry Sanders has won the vote between new- and old-school NFL players alike, taking the spotlight from Adrian Peterson to rush onto the Madden 25 cover with a 58 percent margin. I’ll always remember Sanders as one of most electrifying backs in the NFL, as well making his name synonymous with the term “juke.” In fact, I used to call dodging zombies in Resident Evil 1 and 2 “Barry Sandersing” — that’s a household name you can’t buy.

In addition to revealing the cover, a new gameplay trailer has been revealed by EA today, showing off the in-game engine and a few jukes to boot. 25 years of Madden is a pretty long time (I got started somewhere around ’92), and I hope they can deliver the goods with this anniversary release).