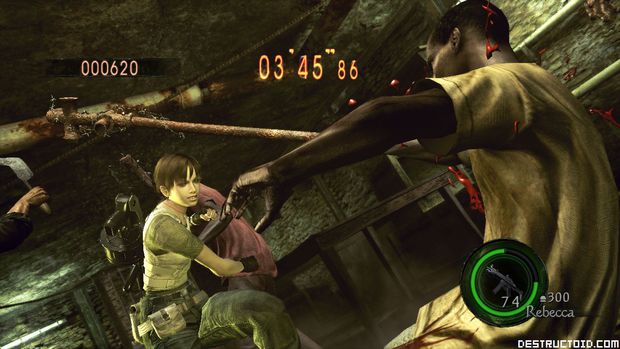 Capcom has revealed that S.T.A.R.S. members Barry Burton and Rebecca Chambers will be unlockable as part of the upcoming additional content for Resident Evil 5.

The characters will be playable in “Mercenaries Reunion” mode, and will feature their own customized weapon load-outs. The characters will ship as unlockables on the Resident Evil 5: Gold Edition retail disc, which comes with both the “Lost in Nightmares” and “Desperate Escape” expansions.

If you already own Resident Evil 5, you can simply download the content. As for which pieces of downloadable content unlocks which characters, it gets a bit confusing — Capcom made a chart to clear things up. My head hurts.

Hit the jump for the details, as well as a video of Barry in action.

Characters Unlocked for THE MERCINARIES REUNION