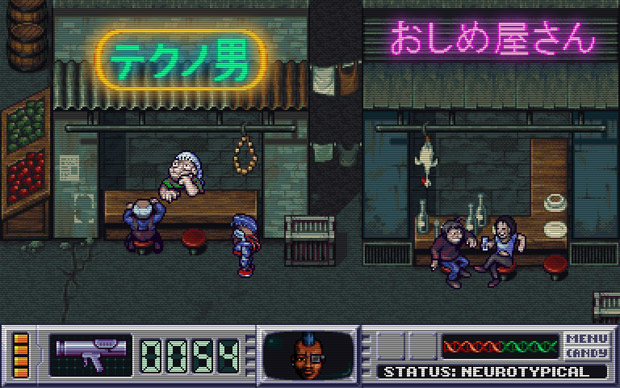 New action-RPG direction seems to have paid off

I keep telling myself not to overdo it with the Kickstarter posts, but there have been some particularly good-looking projects lately; here’s yet another one. As promised, Tales of Game’s Studios has initiated a crowdfunding campaign for its sequel to beloved RPG Barkley, Shut Up and Jam: Gaiden. By the time I noticed the Kickstarter had gone live, it’d passed the funding goal.

Frankly, that’s not too surprising considering the original’s passionate following and how much more enjoyable the gameplay appears to be in the sequel. This is actually an open-world action-RPG “drawing on the best ideas from titles like Realms of Arkania, Fallout, Dark Souls, Romancing SaGa, Dark Sun, Elder Scrolls: Daggerfall and Shin Megami Tensei: Nocturne.” I recommend reading the humorous Kickstarter page for yourself to see how some of these inspirations are taking form.

$10 is enough to cover the basic PC download of Barkley 2. From there, contributor rewards only get more ridiculous (and expensive). Stretch goals have not been unveiled yet, but expect to see those crop up soon. In the meantime, Shut Up and Jam: Gaiden has been ported to Mac.