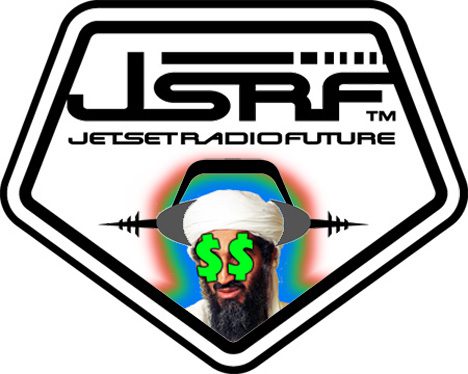 Before I’m drawn and quartered for the extreme tardiness of this week’s BBL, let me assure you that it was not my wish to delay. Rather, the Great and Terrible Gods of Consumer Electronics deemed me unfit to carry on with my agéd computer setup; decrepit though it may had been, my Athlon XP 1700+ had chugged along for a record six years with virtually no issues whatsoever until finally choking on its own blood and vomit on January 3rd, 2006. Rest in peace, homie.

This last week, then, has been spent scrambling to assemble the pieces of a computer so mighty that it’d make God hisself tremble in his boots. To wit, I have constructed what the layman might mistake for the machine that turns the world — an unholy creation of such terrifying power that it slays a Giant-King with every boot-up.

Fine, fine — it’s a Pentium D 2.8ghz setup. Nothing too fancy, I know, but so what? It’s still a major leap forward from my previous setup, and while some of you are still rocketing on the Kawasaki Ninja to my penny farthing, I’m still mighty pleased with the results. I’m even gonna play Doom 3 later! Nothing but the latest and greatest for this speed-demon!

So now, onto stuff that I can play at sixty frames per second: this week’s Bargain Bin Laden features none other than the ill-fated Jet Set Radio Future/Sega GT 2002 Xbox pack-in disc, now available at game stores everywhere — and I mean everywhere — for just shy of two bucks. Two. Even if you choose not to hit that jump, decide to wash your hands of me, BBL, and Destructoid as a whole, if you own an Xbox and like fun, you would be a fool to ignore such a deal. I’ll say that again: two dollars. Go buy it, come back, and read up on the bundle of rad that you’ve just purchased. 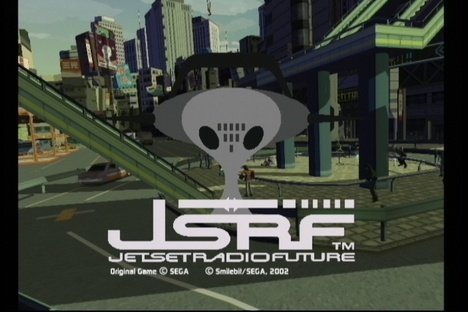 Jet Set Radio Future/Sega GT 2002
Original Release: October 15, 2002
Developed by: Smilebit
Bargain Binned: Can be found used (and virtually only used) at game shops everywhere. There’s a story behind this, which I’ll get to in a minute, but if you know a place that accepts used games, chances are there’s about 400,000 of them in stock. $1.99 at GameStop.

In October of 2002, Microsoft released a new Xbox bundle that featured a pack-in disc containing full versions of both Jet Set Radio Future and Sega GT 2002. Neither of these games could be considered massive commercial successes, but they fared well with the critics, particularly the former — didn’t matter much, though. New adopters of the system wanted Halo, not Jet Set Radio Future. Common practice was to open up the box, take out the game, and trade it in minutes after buying it.

And so it was that EB Games, GameStop, and other gaming retailers accepting trade-in titles for credit came upon the most freakishly huge stockpile of a single game since E.T. Here’s the thing, though: Jet Set Radio Future is a grand game, and Sega GT — well, Sega GT is okay. But c’mon, it’s only two bucks. You can’t tell me that you’d feel ripped off if only half of your two dollar game was phenomenal. So, let’s just stick with JSRF for this week, yeah?

Much like its predecessor Jet Grind Radio on the Sega Dreamcast, Jet Set Radio Future pits a crew of spraypainting hoodlums, having presumably nothing better to do, against the Rokkaku Group, an evil corporation trying to snuff out their culture of expression and throw ’em all in jail. How to fight back, you ask? Simple: recruit new members to your clan, the GGs, spraypaint graffiti on everything in sight, skate around and cause lots of havoc. Duh.

Jet Set Radio Future is wrapped up in a gameplay scheme that sort of sets itself in a class of its own; the game is a mash-up a sort of exploratory, do anything, go anywhere sort of grind-a-thon where the entire fictional city of Tokyo-to is your playground. Levels are structured around a variety of tasks and goals, usually involving tagging everything in sight, be it billboards, buses, or Toyko-to’s Finest looking to bust you for your raucous hoodlum shennanigans. The environments are beautifully detailed, populated by masses of people and miles upon miles of grindable rail to take you from A to B.

The controls are easy to pick up but difficult to master, offering you a hell of a good time trying over and over to make a particularly difficult trick string. The meat and potatoes of JSRF, however, lies in the combination of the Tony Hawk-esque tearing ass and trick-comboing with the spraypainting. Every taggable surface is marked with an arrow, usually one or two — by holding the R trigger as you pass by, you can lay down a quick (but shockingly detailed) tag as you sail along at upwards of 30 miles an hour. Larger tags marked by 4-6 arrows are performed in a similar fashion; one need only hold the right trigger while cruising past to lay down a work of graffiti so complex that it rivals the roof of the Sistine Chapel.

Jet Grind Radio (known originally in Japan as Jet Set Radio) was also one of the first games to prominently feature cel-shading, a technique which has since become one of the most ridiculously overblown conventions of gaming — started right here, folks. The characters are amazing feats of clever design and stand as some of more creative efforts seen on the Xbox, if not the whole of the last generation of gaming. Not only that, but the music is incredible — not quite as toe-tapping as Namco’s Katamari series, but terrific nonetheless, guaranteed to be ringing in your ears for days after play. Smilebit’s design on paper seems like the sort of thing that ought to add up to a caricature of street culture, but ends up somehow feeling more authentic than, say, Mark Ecko’s little abortion that staggered into view years later.

Jet Set Radio Future/Sega GT 2002 is an excellent example of why you should never look at a pricetag to judge quality of a used game. It’s only two bucks. I keep repeating that because it needs to be beaten into the heads of every Xbox owner who does not already own this game: it’s only two bucks. Seriously, do you really need those two tacos? That Miami Dolphins keychain at the gas station? That World of Warcraft trial CD? No, you don’t, not as much as you need this game.

Seriously. It’s two bucks. Just call it gravy the next time you’re in a game shop — a little something extra to take home. Buy this game.