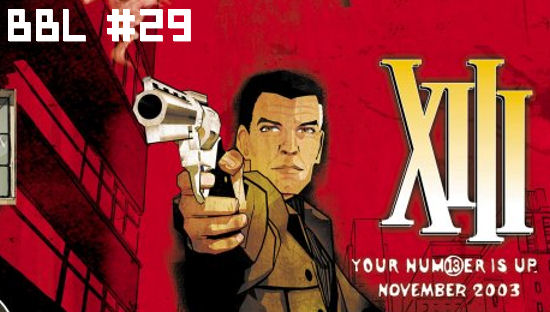 The first person shooter genre has, for a long time, not been known for its wealth of engrossing, plot-heavy games. With the exception of Valve’s Half-Life series, one would be right to think of FPS games as little more than bullet-riddled, guts-or-glory slaughter fests with storyline being little more than a shallow and unnecessary afterthought.

This year has seen two very important strides made in the field of FPS storytelling, with the appearance of both BioShock and Call of Duty 4: Modern Warfare — games that use the immersion of the first person to follow in Half-Life‘s footsteps and tell a real tale. We would be remiss, however, to forget that one other title took first person shooting and, with unmistakable style, truly ran with it to create an absolute thriller.

That game, was, is and forever will be XIII. Cheapskate gamers, unite! It’s time to enter a comic book world of political intrigue in this week’s Bargain Bin Laden adventure.