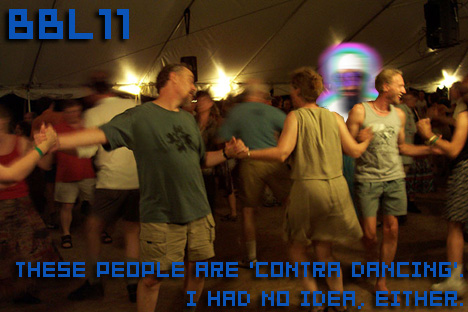 Happy Holy Zombie Day, pixies — since all but ten to fifteen of you have meandered towards a computer and away from drunken relatives arguing over divinity and chocolate eggs and large sums of borrowed money, I figure I’ve gotta do my best to entertain you. It’s a slow day in the gaming world, but not slow enough that I won’t recommend a brutal and violent mugging of your nearest mall Easter Bunny, taking your haul to the nearest game store, and buying some cheap (and awesome) games.

Before we get started, I’ve got a couple of announcements for you to keep tabs on. On or around April 18th, Red Star will finally ship for the PS2, having been picked up by publisher XS Games after Acclaim went belly-up before the game could ship a few years back. Impressions from intrepid Internet detectives who played the leaked builds after its original cancellation seemed pretty positive — a solid alternate-history beat-’em-‘up based on the graphic novel of same name. Should be worth $20, keep an eye out for it.

Additionally, shmup fans will be pleased to note that Raiden III will finally see a US release around that same day, the 18th. At a not-so-bargain-bin sticker price of $29.99, you might be considering skipping this game until it shows up used under a buck or so, but if you’re at least marginally interested in Raiden III, best pick it up now rather than later. Games released late into the shelf-life of a console that aren’t necessarily A-list or first-party releases (likesay, God of War II) aren’t likely to see multiple reprintings; once they’re gone, they’re gone. Remember Castlevania Chronicles on the PS1? Yeah, like that.

Anyhow, with that out of the way, let’s get on with the show: Contra: Shattered Soldier on the PS2. Ball-bustingly difficult? You bet. Worth your scratch? Absolutely. Hit the jump and buy this game!

Original Release: October 22, 2002
Developed by: Konami TYO
Bargain Binned: Around $13 used at most stores, much, much cheaper at others. Check eBay and Half.com.

It might just be the beer talking, but it seems as though much of BBL is spent  glorifying ridiculously hard games and belittling those who complain of their difficulty. This is gonna be one of them. Though nobody’s going to stumble into a series like Contra with any notion of their demanding and unforgiving play style and expect, y’know, Big Bird’s Hide-and-Speek or somesuch, it’s worth noting that this is one of the more ruthless Contra titles ever made. The original title was beatable, even without the infamous up-up-down-down on your side, but I’m almost convinced that Shattered Soldier is practically unconquerable– what? Oh, the speedrun I put up there?

Well, yeah, some people can whip these games. But they’re mutants, did you know that? Mutants with nine arms and several brains with which to foresee the onslaught of bullets and aliens on jetscooters looking to hand you your ass.

Alright, I admit it — I have yet to beat Shattered Soldier, mostly because I was too stupid to even imagine that it might have a 30 Extra Lives code similar to the one that was immortalized by the original Contra. It does. I’ve been almost too ashamed to return to Soldier with the code firmly tucked under my arm, because I had worked so bloody hard to get good enough to actually put some levels away without dying. With enough play, the game will reward you with some extra lives at your disposal, similar to Konami’s blisteringly-hard Gradius V, but it’ll put you through the ringers before giving you a single inch of forgiveness.

So, like many other games I’ve covered for Bargain Bin Laden, you may hate Shattered Soldier initially. And, with enough cheap deaths along the way to stir a Buddhist monk to a murderous rage, you might continue to hate it. It is, however, a similar sort of hatred expressed at most of these games — controller-chucking fury, sure. But a need to return and improve, refine your playstyle and eventually conquer the holy Goddamn hell out of the game, as well — that’s what Shattered Soldier offers.

Unlike the blasphemous C: The Contra Adventure, Contra: Legacy of War, and Neo Contra (all of which suck, mind you), Shattered Soldier is a return to the two-planes-of-movement paradise established by the original and the immortal Contra III: The Alien Wars, brought up to speed with 3D graphics without sacrificing the standard 2D gameplay. Shattered Soldier is also another step in the ongoing progression of the series’ main storyline — wait, it has a storyline? Who gives a crap, it’s Contra! Let’s slay some aliens!

As previously mentioned, Shattered Soldier is a throwback to the classic side-scrolling romps of yore, with a few key differences. The first major difference you’ll notice in Soldier is the absence of those buzzing orbs o’ powerups that rained like gifts from some benevolent deity on high. Instead, a selection of three main weapons, selectable with the L1 and R1 buttons, is offered to the player, including a standard automatic assault rifle, a flame thrower, and a grenade launcher — think Gunstar Heroes without the sexy combination bits. All three of these weapons have their appropriate applications to various alien-splattering situations, and you’ll need to figure out what those are if you expect to survive the game’s seven levels. Alternatively, holding down the circle button powers up a charge-shot, which itself is different for all three weapons. Charging the machine gun fires a small drone that shoots in a circular pattern, where the flame thrower and grenade launcher fire off high-energy lasers and homing rockets, respectively. There’s a need for every one of ’em, too — well, except the drone charge-up attack. That thing is friggin’ useless.

Holding the R2 button provides avid run-and-gun shooter fans with the option of keeping your character stationary while aiming which offers a whole new brand of liberty in your ass-kickin’ that was heretofore unavailable in most games within the genre. This is something else you’ll need to get the hang of if you want to save yourself from the slaughter that is Shattered Soldier.

Also new to the series is a Hit Rate counter, an ever-present meter glaring at you from the upper-middle portion of the screen, always available to let you know how much you’re sucking. The player’s hit rate is a calculation of how many of the enemies in a given level have been slaughtered — the higher your hit rate, the higher your rank at the end of the level. Beating particular levels with particularly insane ranks net you bonus material, so you’ll be coming back again and again if you’re the sort of bloke/lass that fancies pounding 100% of a game into the dirt.

The graphics are pretty impressive but nothing that’ll stand up next to current-gen efforts and some of the shinier piles of pretty on the PS2. It is, however, pretty in that wow, classic gameplay with awesome graphics kind of way, same as Gradius V, also rendered in glorious 3D. The sound is, uh, really terrible buttrock. Not so terrible as buttrock you’re likely to hear in Prince of Persia: The Warrior Within, but buttrock nonetheless. You’ll tune it out after enduring five or six minutes.

This wicked-hard iteration in the series includes the standard lineup of bizarre and ultimately unexplained baddos that come at you in waves — you might run across a big monster turtle with a human face, but only after you’ve snowboarded down a hill while taking out enemy soldiers and a giant sandworm-lookin’ thing — and that’s just the first level. Admittedly, a lot of your playtime will be spent memorizing enemy appearance points and bullet patterns, making this particular Contra strangely akin to a game like R-Type — rest assured, however, that once you get the hang of things, improvisation will carry you far. Shattered Soldier is a fast-paced brawl that demands some keen instinct, but with enough time invested in sharpening your skills, it’s like a Goddamn action movie with you at the helm.

Contra is a hell of a lot of fun for twelve bucks, and if it manages to hook you as it has others, you’ll be spending quite a lot of time besting it. I sincerely hope none of you, in the heat of your anger towards a particularly cheap death in level 4, come hunting for me ‘cos I suggested the game to you — just play it cool, keep coming back for more, and you’ll be mopping the floor with aliens in no time. Scared? Tough, Nancy! Lace up them boots and buy this game!