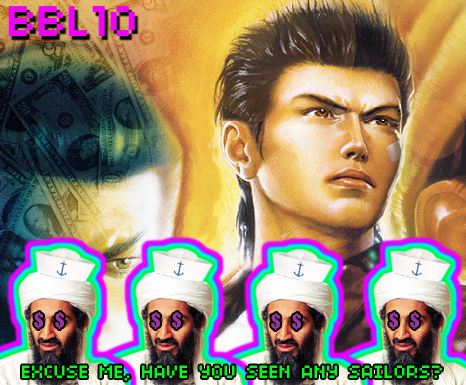 Good god, it’s been a long couple of weeks. If you haven’t already read my bitching and complaining elsewhere, the story is this: three weeks before the end of my penultimate Winter quarter at Western Washington University, I realized I hadn’t done any work. Whoops! So there was this period of panic, followed by a fantastic depression, followed (as these things tend to be) by lots of drinking and an eventual return to academic success. It took some time, but everything’s coming up Linde now, and I can get back to the business of bein’ geeky.

I’ve been at Destructoid since October. I’ve cranked out ten BBLs since then, alongside a slew of other projects, and I’ve loved every minute of it. Thanks for making things interesting for me, gang — I look forward to beating down your door with forceful gaming recommendations for as long as you’ll have me. Now that the sticky sentimentality is out of the way, there are results to be detailed.

Holy crap, you guys really made a hell of a turnout for this little contest I had running. Lots of great submissions, but there can be only one winner: Joshua Lanphear, whose handiwork you can check out above. Great job, Josh, and be on the lookout for an e-mail in the near-soon. To the rest of all y’all, you guys made an awesome effort, and thanks for giving it your best. Oh, and Special Bonus Mega Ultra Award to Wario Wario, who submitted six entries, none of which contained a correct spelling of the word “Bargain”. Salut!

The lot of you took the sailors thing to the next level, which I can’t help but appreciate, seeing as how Shenmue II is a game almost entirely about sailors. Wall-to-wall, floor-to-ceiling sailors. Oh, there’s a game, alright. But it’s mostly about — mmm, sailors. Naval fetishes aside, Shenmue II is a game easily worth your six bucks, six bucks that can be magically transformed into a rich, vibrant 20-plus hour gaming experience. So go get your anchor tattoos and read up on why you must buy this game.