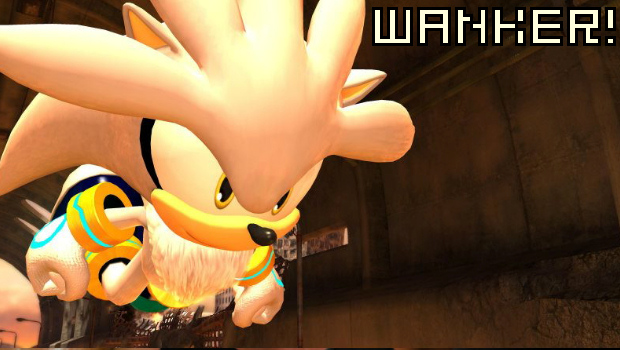 So far, I’ve enjoyed everything I’ve played of Sonic Generations, which has only made me suspicious. I was trying to work out what the “catch” was, and news from SEGA has finally revealed it … Silver the c*nting Hedgehog is a confirmed “rival” character.

Making his debut in the awful Sonic 2006 game, Silver is a hedgehog from the future with telekinetic powers. He’s an incredibly crap character that should die along with all the other crap Sonic characters. From the looks of things, he’ll be throwing stuff at you while you run away. Hopefully he throws himself off a bridge.

I knew there was a catch, man. I knew it.