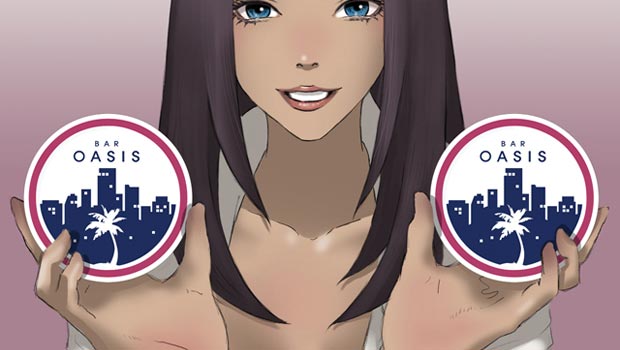 Maybe you never checked out Korean-based Corners Studio’s Bar Oasis app for iOS when it was released a couple years back. The visual novel game focusing on drink mixing and the relationships between characters sported some amazing artwork and a wonderful jazz and pop-infused soundtrack by Korean composer Nauts (TalesWeaver, Magna Carta, DJMAX series). In fact, I was turned on to the game by Nauts’s involvement alone and came to enjoy the game itself.

Well, for those who missed out, Bar Oasis 2 was just released for $2.99 on the app store along with the 43-minute soundtrack on both iTunes ($9.99) and Amazon ($5.99). The music here is amazingly well-produced and you can count on us having a review in our next installment of Note Worthy. To give you a taste of what to expect, however, we have two exclusive full-length samples below courtesy of our Destructoid Soundcloud account.

Also of note is the fact that the team at Corners Studio has produced physical coasters from the game and are offering them up to fans who spread the word about Bar Oasis 2 via forums, social networks, or wherever else. And best of all, they’re shipping these around the globe. See more details here.

Did you happen to check out the original Bar Oasis, and if not, does the game’s focus on bartending, its unique visual style, or tasty soundtrack have you interested?