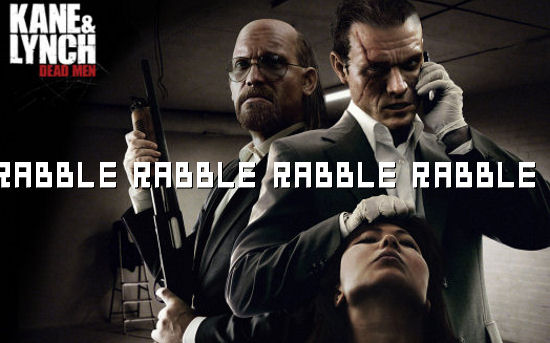 The Advertising Standards Authority has once again reared its ugly head to bar yet another videogame ad campaign. Both Burnout and Stranglehold advertising has previously been suppressed in Britain following complaints from easily offended busybodies, and now it’s the turn of Kane & Lynch to bite the dust.

The ASA used its old standby reasoning, accusing Eidos’ press and TV ads as “likely to be seen as condoning and glorifying real violence” and that they were “likely to cause serious or widespread offence.” It followed this up by stating that the commercials were “graphic and too shocking to be seen in any medium.” Funny how the game itself is still quite legal then … and has been out for months without upsetting anybody (from a content, not a gameplay standpoint).

Of course, with a game like Kane & Lynch, it could be argued that any attempt to suppress knowledge of its existence could only be an act of mercy and graciousness, but even so, the tendency of the British public to go whining and complaining about posters and commercials is ridiculous. It’s not just games, either. You’d be amazed (or not) at the amount of stupid, ridiculous garbage that my fellow countrymen like to complain about. Watching an old episode of Points of View shows a fine example of people who have so much time on their hands, they will write in to a TV station to complain about a rude word or a comedy show that makes light of dog death (true example).

I really wish those bubble-wrapped pussies weren’t catered to. Channel 4 and Channel 5, two stations that aired the adverts, even went to so far as to apologize for causing any potential distress.

Stop apologizing, stop bending over backwards to please these twits, and tell them to grow the f*ck up.