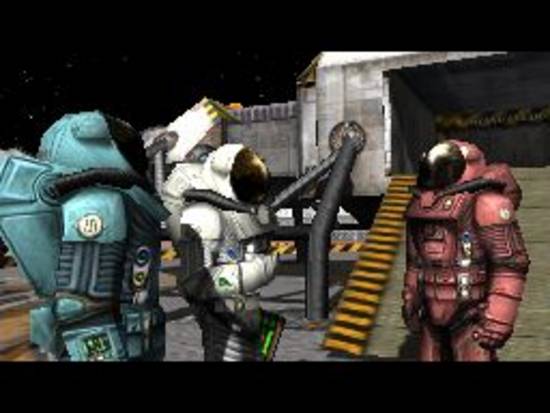 Mastiff and Renegade Kid have released the first screens for their upcoming DS game, Moon. Moon is set in the year 2058 and the game takes place on the Moon (surprise!) where the United States has set up a series of stations on the Moon. A sealed hatch has been discovered on the Moon and it’s your job to investigate what’s beyond the hatch as Major Kane.

A secret sealed hatched discovered underground, eh? What’s next, a mysterious smoke monster will pop out and help Major Kane deal with his past life problems? Jokes aside, I look forward to Moon. Renegade Kid won me over with Dementium: The Ward and I have confidence that this game will be just as good, if not better.

Still no clue when the game will come out, but we have some screens of the game below for your viewing pleasure. There are a few concept art screens to check out as well. How’s it looking to you so far?