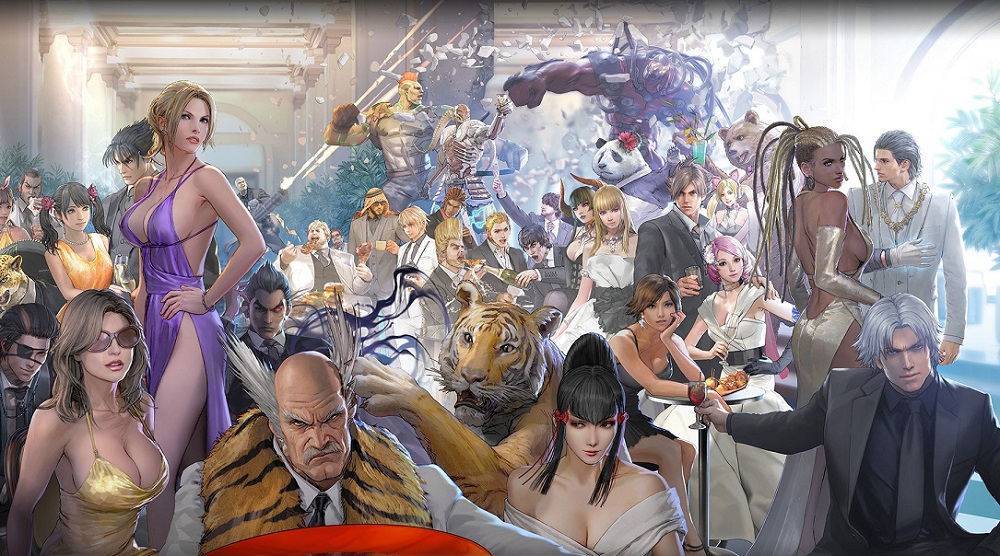 Tekken producer Katsuhiro Harada has announced via Twitter that the latest edition of the legendary fighting franchise, Tekken 7, has bagged over three million sales since its launch in June 2017.

This impressive number brings franchise sales (since the 1995 home release of the original Tekken) to some 47 million copies worldwide, roughly the same amount of costumes Yoshimitsu has stacked in his wardrobe. To celebrate the milestone, Harada released a piece of “celebration artwork” featuring members of the Tekken 7 roster living it up at a swish shindig. Even Kazumi’s tiger got an invite.

Tekken 7 is available now on PS4, PC and Xbox One, where it recently added fan favourites Anna Williams and Lei Wu-Long to its roster. With the success of Tekken 7, Dragon Ball FighterZ and the positive reception to the just-released Soulcalibur VI, Bandai Namco are becoming a force to be reckoned with between the ropes.

“Celebration illustration”.
TEKKEN7 had achieved Over 3million sales before one year passed from release, but there was no timing to upload this (That’s why there is no Anna, Lei..).
We recorded over 47million copies sales for the series.
Thanks for supporting us!#TEKKEN pic.twitter.com/FRJgrxmLgN