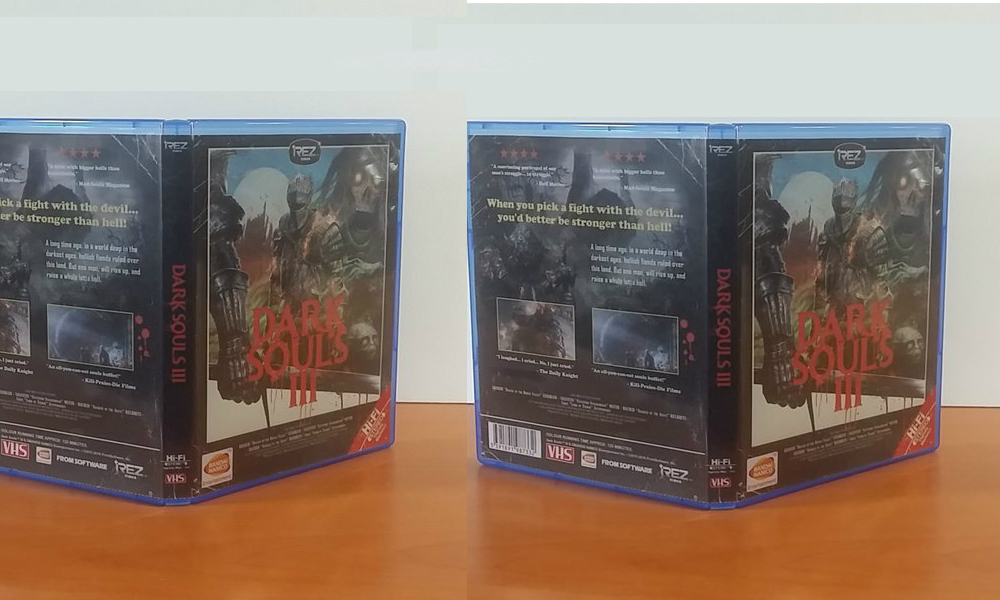 Print them if you want

The cover art for Dark Souls III is actually decent no matter what version you’re picking up, but Bandai Namco has released a set for both console editions that mimics the VHS promo they put out just before launch. With concessions for both PS4 and Xbox One, the insert has several joke review quotes, as well as a grindhouse theme and a killer piece of art.

I’ve only used alt covers a few times (I did it for BioShock Infinite and will do it for Doom), but I’m considering it! Download the Xbox One version here, and PS4 here.