With a new logo, publisher Bandai Namco Entertainment — whose portfolio includes superb IPs such as Tekken, Dragon Ball Z, Tales, Dark Souls, and Pac-Man — has announced an intention to further build and strengthen its presence within multiple industries into 2022 and beyond, encapsulated by the company’s new vision, or its “New Purpose”.

In an in-depth press statement, the publisher speaks repeatedly of this New Purpose, which seems to be an all-in nom de plume for the studio’s ongoing efforts to broaden its global horizons — forging stronger bonds with its partners, connecting better with fans, and continuing to produce new and innovative IPs, products, and services. The New Purpose will be driven by the company’s debuting slogan “Fun for All into the Future”. 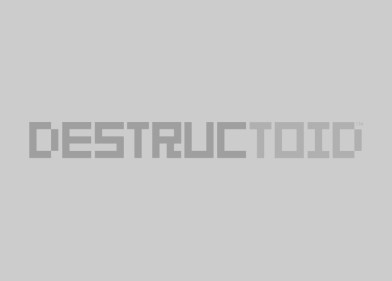 To this end, Bandai Namco has also revealed a new logo, which will replace the familiar orange effort, synonymous with the company since the merger of Namco and Bandai Entertainment. The new design features the words “Bandai Namco” in black font, outlined with a magenta speech bubble. Though the company suggests that the new design was inspired by Manga culture, frankly, it’s pretty darn dull and corporate-friendly, losing both the stylization and the cheerful nature of its predecessor. Nevertheless, the new logo and slogan will be adapted to all Bandai Namco products and services from April 2022, when the company’s New Purpose thematic comes into effect.

Bland logo or otherwise, Bandai Namco has long proven itself a major player in the video games industry, responsible for the production and distribution of some excellent video game series. As 2022 beckons and the new generation of gaming enters its second year, it’s understandable that major publishers are choosing to revaluate their positions to face the changing times ahead. With a fistful of great brands to hand, Bandai Namco will no doubt continue to see shining success.