Get in the VR, Shinji

Hot off the heels of the Gundam VR experience, Bandai Namco has announced an Evangelion VR attraction, titled Evangelion VR: The Soul’s Seat.

Debuting this summer at the VR Zone location in Tokyo, this looks to be a treat for Evangelion fans. In the experience, guests will take on the role of a temporary pilot chosen by NERV. They’ll then have to work together in groups of three to stop the 10th Angel, Zeruel. 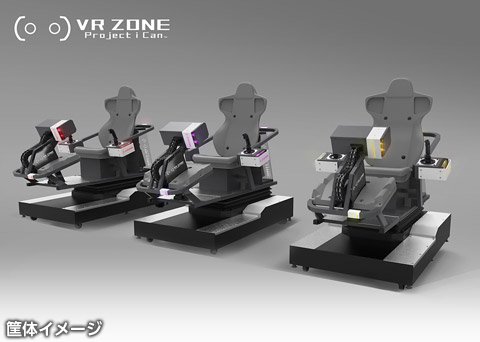 The machines themselves are based on the Entry Plug cockpit, equipped with all sorts of functions in order to give guests a realistic experience of piloting an EVA. Based on the machine’s design, it would also appear guests actually control the EVAs. This is a massive change from the Gundam attraction, where guests were taken along for the ride rather than actually controlling the Gundam.

Hopefully the success of this leads Namco to create more mech themed ventures, given the treasure trove they have by owning Sunrise. GaoGaiGar in VR anyone?