[Dragon’s Dogma has always been the game that seems like it would be up my alley but I always play its contemporary counter-part. So really it should be interesting to see someone else talk and recommend it. ~Marcel Hoang]

Greetings my fellow Dtoiders, gather round the fire and let me spin ya a yarn of this month’s Band of Bloggers sponsored by Boxman214, the theme centering on which game we fell in love with over a summer, my choice of game being Dragon’s Dogma.

2014 was a weird year for me. I recently started at my current job, I was going on 24, and I was getting ready to be a big brother for the first time, after growing up as an only child. The one constant was my PS3, so that summer I picked up a game called Dragon’s Dogma. After hearing so many good things about it, I decided to give it a whirl. I booted up the game…and then never got past the loading screen, the disc having apparently been scratched up by a drunken wildcat. So I returned it to GameStop who were kind enough to give me a Dark Arisen disc for no extra cost. Once again I booted up the game which began a Summer romance so strong it pulled me away from the Mass Effect original trilogy I spent literally almost two years playing non-stop.

You are the Arisen. A man/woman destined to slay the dragon what stole your heart. You’ll explore the land, slay bandits and majestic beasts and – if you’re a male character – dress up as a woman to win the trust of an all female band of…bandits. (Yes you read that right, you even get a trophy for doing it)

For my journey I chose a female strider with a female warrior pawn. On our journey, we encountered hydras, cockatrices, griffons, the undead, chimeras, all of which were felled by our hand. We raided bandit bases, dealt with a rebellion, chased a mad sorcerer, uncovered a plot by a crazy cult to unleash skeletons on the world, saved a witch from being stoned, and helped a guy get a magic tome. But the one highlight of the game wasn’t what I killed, what I earned or even what I found, rather it was who I met.

Her necklace is teal for those taking a closer look.

Madeleine. The wandering peddler whose love of gold is surpassed only by the Dragon’s love of hearts. I started out by escorting her to a military base, all the while watching as she bounced around from here to there picking up gold off the ground. Just like that I found my new waifu, yeah her mannerisms were really exaggerated but underneath all that personality was a golden beating heart, which was why it was hard saying goodbye when her questline ended. I did get a pleasant surprise at the end of the game when she re-appeared though it wasn’t under ideal circumstances and by the real end of the game I effectively abandoned her. Though I suppose that’s how Summer romances work: Fun while it lasts. But damn did I love watching her run. Is it getting hot in here? Or is it just me? Anyway, back to the game.

Where was I? Oh right, the game, I swear I wasn’t staring at Madeleine. Anyway, when I wasn’t out monster slaying, I was exploring the land. Gransys has some beautiful vistas from which you can just stare out into the horizon and then go back to monster slaying because that vista you’re standing on is also home to a dragon. True story, I was exploring the area around the Shadow Fortress and stumbled onto a drake, which then proceeded to burn my face off. And my arms. And legs. And torso. You get the idea, I got my ass handed to me. But that’s part of the game’s charm, there’s no long drawn out tutorial section, you’re cast into the world and left to figure out where the big nasties are and how to kill them. Shadow of the Colossus was an obvious inspiration for the game, you can’t just beat up on a beast’s leg until it’s HP reaches zero. You have to climb up on it, hit the weak spot and watch your stamina doesn’t drain down. Bad things happen when you run out of stamina. 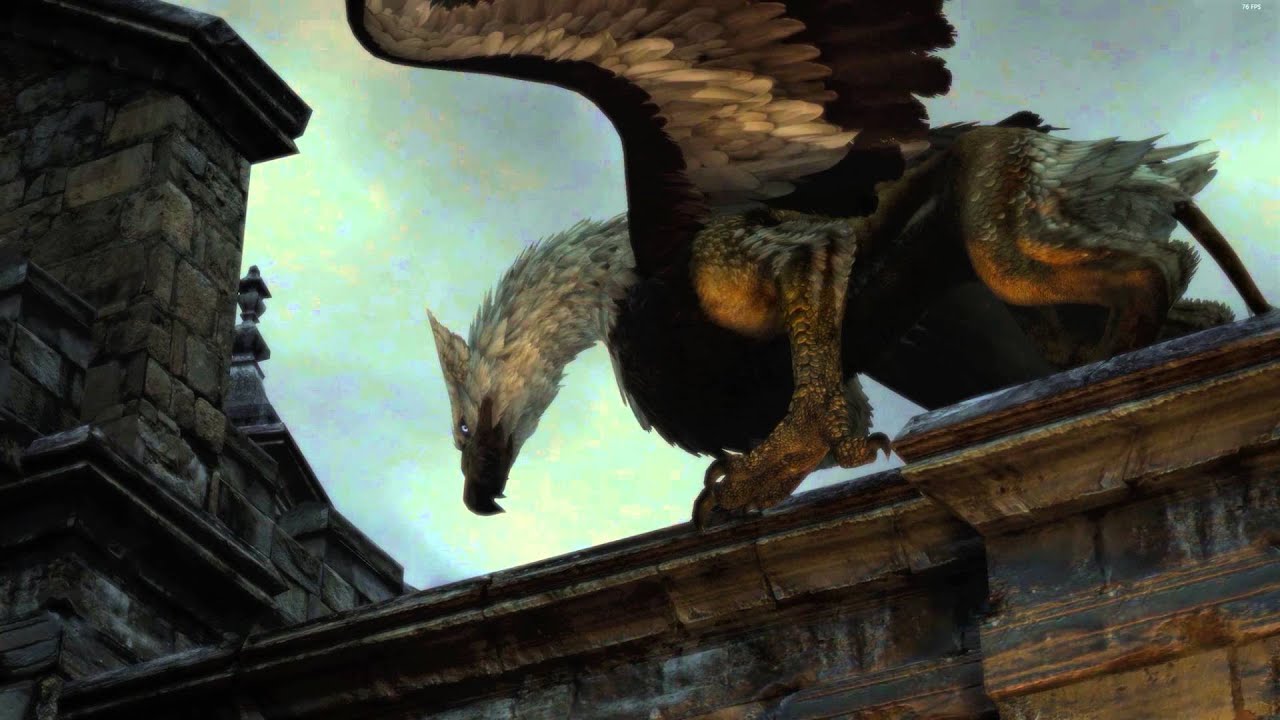 Kill it with fire

You’re gonna struggle with the game when you start out. Maybe a particular group of bandits might be too strong for you, maybe you fall off a griffon and die for being too high off the ground, maybe you’re done in by a confused pawn, maybe you’re exploring the rooftops of Gran Soren and wrongly time a jump (Ahem). This game wants respect, it wants you to plan, it’s not going to hold your hand and it doesn’t have an easy mode for you to just explore the game. And it’s not going to rid itself of escort missions (No matter how much I resent them) Once you do get a grip on the game, monsters and humans alike will fall by your hand, the people will sing your praise, even the Dragon what stole your heart won’t stand a chance and you’ll feel utterly invincible.

But what if I told you about a place with monsters so powerful they make the main game’s beasties look like kittens? Where killing beasts only attracted more beasts? Whose pits scream of despair and stink of decay? Where the feeling of foreboding becomes your only feeling? Where darkness becomes an old friend? Where the comfort of Madeleine will be torn from your grasp. I am of course talking about… 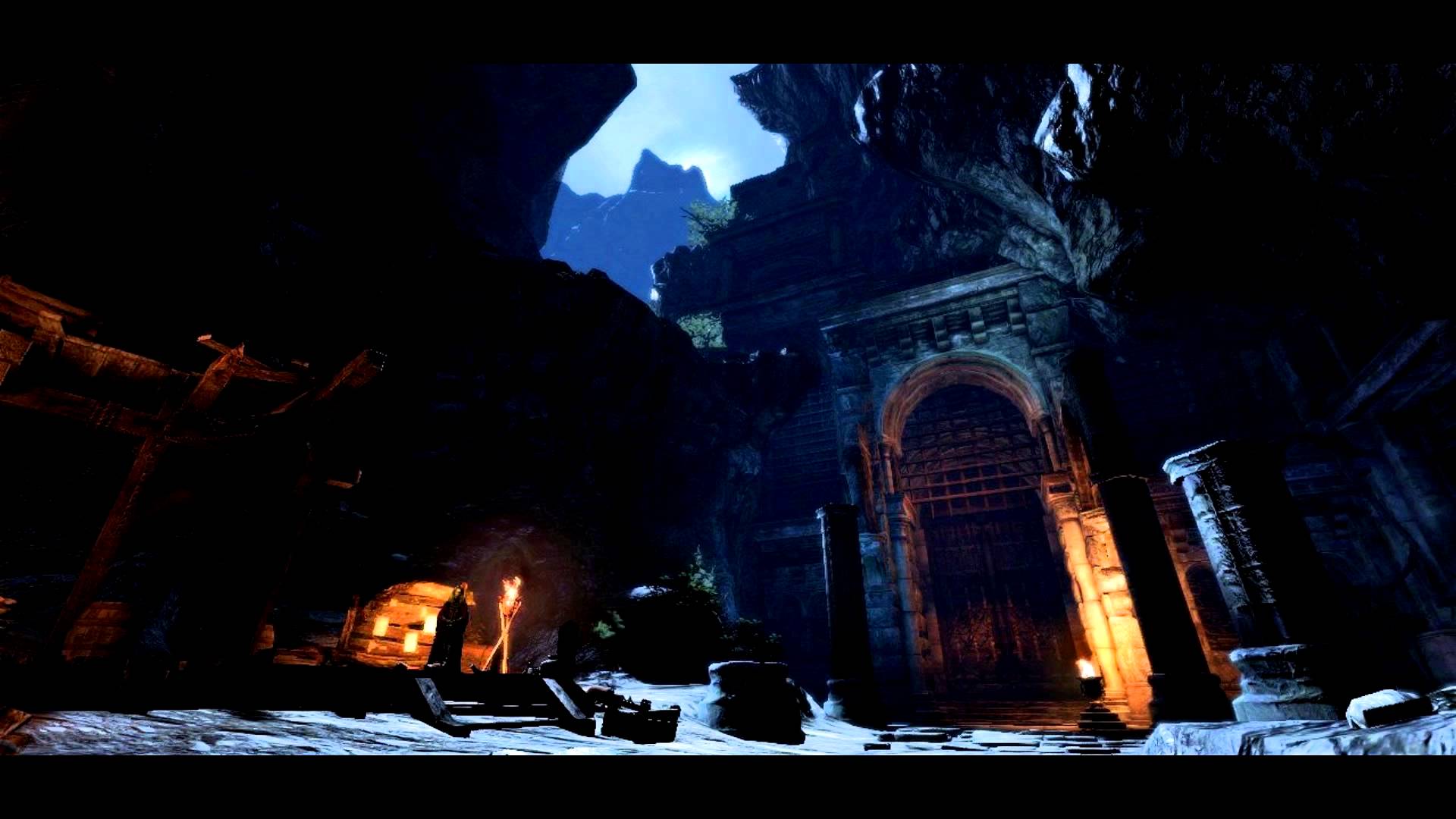 Looking for the ultimate challenge? Disappointed by the final boss? Weren’t punished enough by your parents as a kid? Try your hand at Bitterblack Isle. In a previous blog, I mentioned how hellish this place is and I stand by that. You’re brought to the island by a woman who wants to solve the mysteries of the labyrinth underneath. Naturally, this place is hard, more often than not, kill a beast and a monster that feeds on it will appear for a meal which means you’ll have another fight on your hands. The strongest monsters are found on this island, but also the best gear can be found here. But the story of the expansion is what really speaks to me.

The title Dark Arisen refers to is an actual Arisen from an age long past who was turned into a monster by the woman who raised him and has spent a long time brooding, plotting a way to break the chain of Arisen and Dragon. It’s a pretty sad tale once you dive into it and the ending of it provides closure for these tragic individuals. But it’s also at this point where the island gets a whole lot tougher, new beasts are introduced, the final boss has an ugly surprising twist and you’ll most likely curse out the loot drops you get, because you already found it or don’t need it.

This game not only took up my summer but it also reinvigorated my love of Japan-made RPGs, the PS3 generation of games I had were mostly western action RPGs (Marvel: Ultimate Alliance, Batman, Mass Effect and Dragon Age) and shooters (Modern Warfare). It soon became a month of Dragon’s Dogma to the entire summer, my waking moments were filled with strategies on how to deal with a choke point, I experimented with other vocations (The Dragon’s Dogma way of saying classes) and romanced other characters. Or tried to anyway, Madeleine somehow made that impossible for me.

Have any of you played this game? Who was your true waifu? Feel free to share in the comments. Until next time, I can’t wait to see more BoB blogs. The Actual Charlton Heston already shared his. Give it a read, it’s really good. Especially if you like DoA’s Kasumi.