[For this month’s Bloggers Wanted prompt, Plaguemaniac3434 (aka Gamemaniac3434 during non-spooky seasons) writes about something pretty delightful and gross. With the recent announcement that Resident Evil 4 is coming to Switch, this seems like the perfect time to reflect on the campy, body horror of a true classic. – Kevin]

I suffer from a fear of certain things. This is natural, of course. Phobias aren’t exactly an uncommon human experience, and I imagine we all have at least one thing that terrifies us or makes our skin crawl. For many people, its heights. For most human beings who aren’t insane, it’s spiders. The list goes on and on. And personally… one of my fears, or something that repulses me intensely, is parasites. 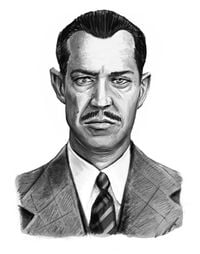 Now, given my predilections for microscopic organisms, you might find this odd. In fact, I’m sure some of you find the things I love to be on a similar level of repulsion or fear. However, for me, the two are on different levels. I view bacteria, viruses and fungi as tiny machines. It’s hard for me to be overly disgusted by them because… well, I think they’re cool as hell, but they also are a lot more abstract and less visually repulsive (mostly). To me, things like leeches and ESPECIALLY wriggling parasitic worms are incredibly unpleasant to see in motion or to conceptualize.

I vividly recall my one interaction with a horsehair worm – a worm that infects an insect via being drank, grows to a massive size, and then causes the insect to jump into the water suicidally, followed by slithering out of its anus to swim around, lay eggs, and on the cycle goes. It’s pure nightmare fuel, and while I didn’t see that process, I saw a worm wriggling on the ground. The way it moved, the way it looked. It made my skin crawl before I broomed it right into a nearby drain. I should have broomed it into a wall, so it dried up and died, but I wasn’t exactly thinking beyond getting it away from me. That inborn disgust and loathing, that horror, makes them excellent fodder for video games, one would imagine. 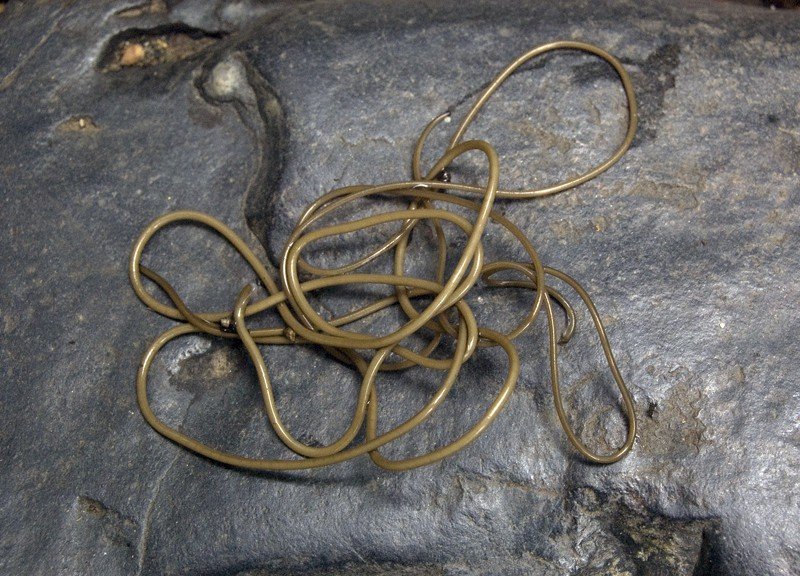 Which neatly brings us to Resident Evil 4. I’ve talked a little about this game before, but not really in depth as it was an addendum of sorts to a blog about REmake. REmake is still my favorite RE game, but I do think RE4 deserves its due. For indeed it is a game filled with spooks, and though they may not be undead, they certainly are unpleasant. RE4 is… no.

You know what this game is. It’s a game that had massive implications for third person shooters and horror games, and has been massively influential on this industry as well as being released on damn near everything. It’s even on phones apparently! It’s such a massive cultural touchstone in gaming that even if you haven’t played it, you probably at least have some familiarity with it or something it inspired. It’s honestly an incredibly impressive reputation, and looking back, I think that, given the quality on display, it’s probably earned it. 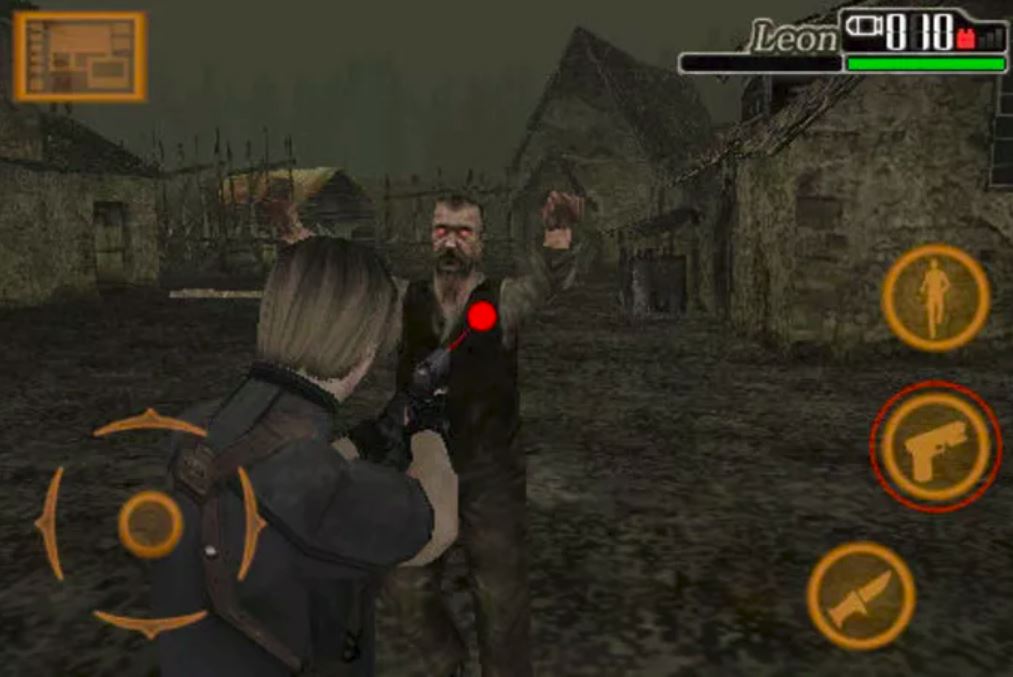 Anywho, yeah. Basically, the story is that you go to find the President’s daughter who’s been kidnapped by a Spanish cult. You wander into one of the peasants’ homes, only to be attacked immediately, followed by your transportation being ruined. After this, you wander into a village where you’re set upon by a throng of villagers, only to be saved by a ringing bell that immediately draws the villagers away.

It’s pretty obvious something is up with these people, but it’s not immediately clear what that issue is. I mean, on the outside they look like fairly normal people… but then you get to see what’s wrong with the villagers collectively known as the Ganado – which apparently means herd or swarm. Fitting, because… 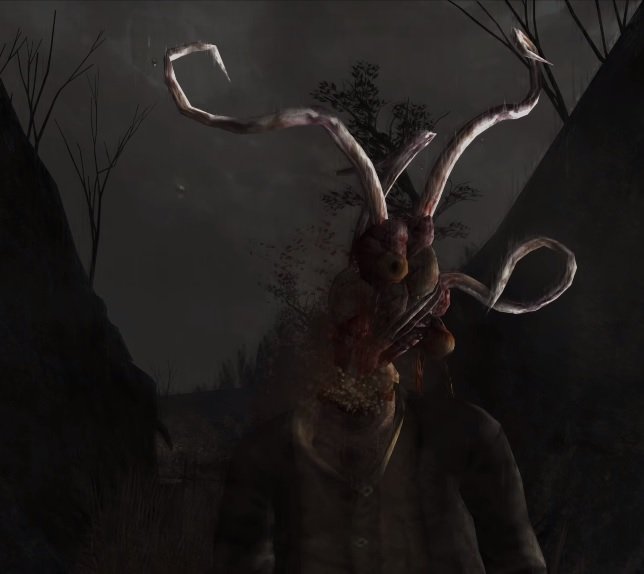 Yeah, it’s a parasitic organism. It has tentacles and can burst out of its host in the form of a tentacled or centipede-like form, while still using the human part in a macabre display. I like this conceptually because it kind of taps into a different form of “zombie” while also being revolting in its own right. These people are seemingly normal. They aren’t stumbling corpses lacking in motor control or intelligence, turned by some impossible-to-conceptualize virus that doesn’t even have any physical presence. By contrast, with T-virus infected humans, the parasite is far more visually obvious and direct.

Instead of simply making some creatures larger, or more motile in the case of plants, it breaks and mutates the body it uses if it needs to defend itself. It’s all wrapped up inside of them, working them like puppets and turning them into slaves to people with the command strain. It’s horribly sinister to imagine that these people may still have some level of consciousness, trapped in their own bodies with a massive creature wrapped around their organs. It displaces their own needs in order to fuel its own.

It’s a parasite that has presence and form, and it uses that to create some nasty body horror in some of the bosses you fight. Yes, it also makes certain things bigger, but it also shoots out of some of their bodies as a weak point before slithering back in. It’s gross, and it taps into a primal disgust we have of such creatures. There’s even a massive one of them that fuses with one of the main villains and his lackey, a massive thing that is draped over the walls in a grotesque display. It bends and breaks the bodies that it integrates, turning them further into mere meat puppets to serve its greater will.

Ultimately, it’s not the most disturbing type of this thing I’ve seen, but I like the take on it and how they use it in the game. I think RE games deserve some credit for the interesting designs their games can play around with, be they more simple or more complex. It’s a good angle, and it taps into different fears and forms than the T-virus did. While I do prefer REmake, RE4 is still a pretty great game, and its various enemies stick out well in my memory even years after playing it. 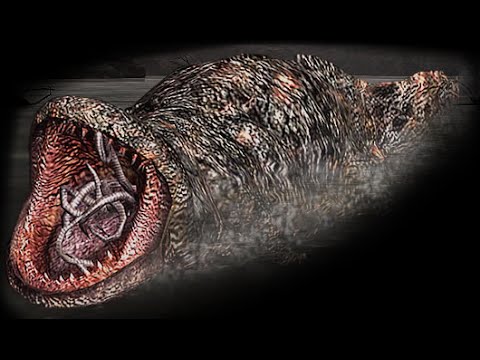