Videogames are all fun and frolics until you get personally offended by one of them, then they become catalysts of societal downfall and the corruption of a nation’s youth so must be stopped at all costs.

I used to believe that people who lobbied for the restriction or outright censorship of videogames were idiots. I used to mock and deride those who got upset over insignificant details and silly misunderstandings in games. From those who accused Resident Evil 5 of racism, to the fat girls who thought Fat Princess was laughing at their expense, I considered them all moronic and misguided, reactionary self parodies.

Then I got personally offended by something.

Now I know that these videogames have got to be destroyed.

Hit the jump for a list of games that have personally offended me, and as such, need to be halted because I’ve decided that a conflict in taste is enough to pose a threat to society. 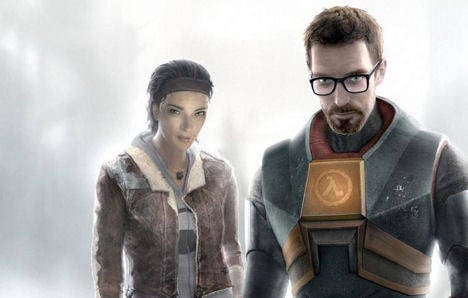 Half-Life is an iconic first person shooter by the critically acclaimed Valve Corporation. Held up as an example of exemplary storytelling in videogames, loved for its astute use of set pieces and unrivaled pacing, it cannot be denied that Half-Life is an incredible achievement in the history of gaming.

It also cannot be denied that the game, essentially, makes light of the speech-impaired. We prefer not to use the term “muteness,” out of respect for the sensitivity of its many sufferers. Now, it’s true that those afflicted by speech disorders are yet to voice their concerns, but that won’t stop me being offended for them, because that’s what we strong believers in political correctness are all about.

Main character Gordon Freeman does, himself, suffer from a DSM-IV diagnosed handicapability called “selective muteness,” something which Valve exploits throughout the Half-Life saga with little respect or care for the needs and values of real-life sufferers of this … not disability, because that would imply that being disabled is a disadvantage … sufferers of this gift.

Half-Life may be a fantastic series, but I’m afraid that until the character of Gordon Freeman is removed from the games and replaced by a floating crowbar, Valve cannot be allowed to continue peddling such putrid garbage. 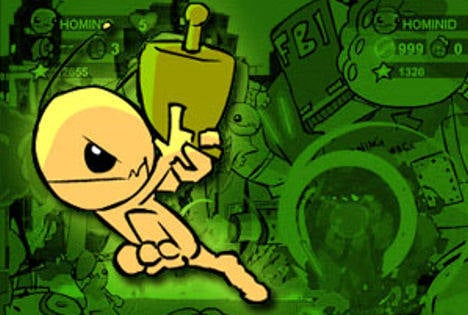 Alien Hominid, by The Behemoth, is a shooting game in which you play a little cute alien who blasts his way through FBI men and robots after crashing his flying saucer. I don’t expect bigoted gamers to see the problem with this one, but let me point it out for you and maybe, just maybe, you’ll open your eyes and see the bloody problem.

That looks a little bit like Alien Homosexual. What is The Behemoth trying to say? That homosexuals are from another planet, a different species that the rest of the world must eliminate at all costs? I don’t want to speak on behalf of the game’s sick and twisted homophobic creators, but I think it’s very obvious that the title — which casts you as the Alien Homosexual, but is so difficult to complete that you will always be destroyed by the white, heteronormative males — is saying that those who enjoy same-sex relationships are destined to die. Would that be because they all have AIDS, The Behemoth? Oh, OH, I am sure that would be a simply perfect world for you, wouldn’t it?

One day, when I’m lucky enough to have gay friends, I am going to feel so righteous for being upset by this. 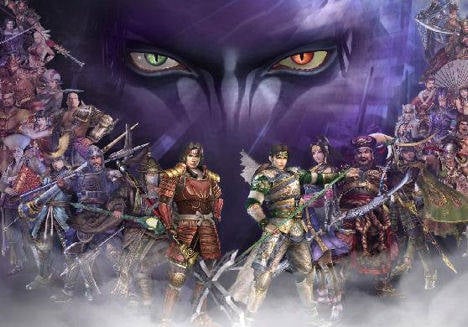 Koei’s Dynasty Warriors and Samurai Warriors series are part of a franchise that I used to love dearly, until the day that I decided to be personally offended by it. The problem I have, as any decent person could see, is the underlying racist sentiment promoted by the series. In each play session, you can expect to slaughter hundreds, if not thousands, of Chinese and Japanese people who are cunningly represented by weak peons who do nothing but walk into your sword. The subtle and clever stripping away of enemy AI clearly portrays Asians as stupid, and perpetuates the stereotype that they are suicidal … if such a stereotype exists, I don’t know, I’ll Google it later.

This “Digital Nanking” has to be stamped out, because if there’s one thing we cannot tolerate, it’s intolerance. Just like Hiroshima, it takes but one button press to wipe out thousands of innocent Japanese people, a grotesque message to send to America’s youth.

That’s not even mentioning the ridiculous stereotypical Asian names these characters are given, clearly as jokes. Names like Cao Pi and Lu Bu and Oda Nobunaga … names so utterly stupid that nobody could take them seriously in real life, and are used only to further mock an entire race of people. Even the game’s developers have decided to insensitively give themselves silly sounding Japanese names. Oh I’m sure it’s hilarious to pretend your name is Ken Matsumoto, but WE’RE NOT LAUGHING, KEN! 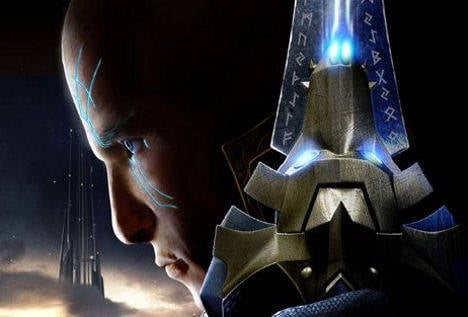 Silicon Knights’ Too Human is a game that has seen a fair share of controversy over its decade-long development cycle, from SK’s Denis Dyack constantly defending the title, to the company’s surprising lawsuit against Epic Games, there has been plenty to talk about. But of course, with gamers being as ignorant as they are, nobody thought to talk about the true controversy behind Too Human, and that’s the clearly antipersonitic tone that its disgusting title promotes.

I’m not ashamed to admit it, I am a human, as are a few of my friends, and we’re morally disgusted that a game like Too Human has been allowed to perpetuate this idea that being too human is a bad thing, or indeed that you can even BE “too” human. Non-humans have no idea what it’s like when you wake up one day and realize that you’re a human. Not TOO human, but a bloody human being who has just as much right to live on this world as anyone else. The shame I endured in school when they all found out, and the pain of coming out as human to my parents … all of this means nothing to homosapienphobics like Denis Dyack and his hatemongering lynch mob.

First it was Bishop saying “not bad for a human” in Aliens, now it’s this. When will the persecution end? 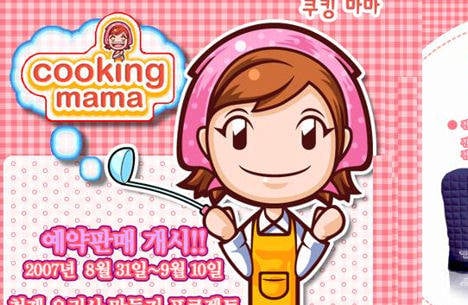 Do I really need to go into why this is so distressing? This Wii and DS cooking game is clearly a piece of despicable sexist propaganda. That’s right, it all becomes so obvious to you now, doesn’t it? The outdated and protogenderaligning theory that you have to be FEMALE to be a mama needs to be cleared away for the sake of male mothers everywhere.

The documentary Junior portrayed the suffering of modern day pregnant men in great detail, and it really looked like we were making progress. Time and time again, however, videogames fail to give this under-represented demographic a fair shake and fail to acknowledge its existence. Cooking Mamas needn’t be female, and frankly, I think it’s about time the games industry stopped treating men so disrespectfully.

We’ve seen the way men are paraded around as airheaded sex objects in titles like Gears of War and Devil May Cry, merely two-dimensional eye candy for the predominantly female gamer audience. You know, men play games as well — we’re a growing market who are almost as prevalent as women now, and we demand games that aren’t all estrogen-fueled guns-and-glory mingefests. Is equality too much to ask for?

And that’s my list of games that have personally offended me, and thus should be banned in all civilized societies so that I feel better about myself and can pretend I made a significant difference to civilization. Remember, if you disagree with me, you’re a self-loathing bigot and I hate you, you hateful cunt.