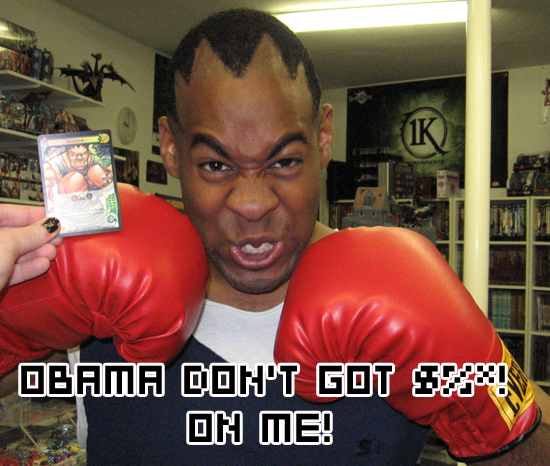 Say what you will about Capcom USA’s track record for, you know, the actual making of video games (I’m looking at you, Final Fight: Streetwise), but you can’t deny that they at least listen to their public. Everything from Ben Judd’s recognition of the petition for a Wii port of Bionic Commando, to the Street Fighter 2 HD team’s constant interaction with the readers of their blog, Capcom USA has consistently proven to prioritize the opinions of their audience. This policy of respect continues with currently open online poll to decide not one, but two US exclusive outfits for the upcoming Wii title We Love Golf.

The contenders may surprise you. Outfits likened after the failed Capcom mascot Captain Commando, Power Stone‘s Rouge, and Mike Tyson impersonator Balrog are all in the running. Even Dead Rising‘s Frank West is a contender.  As much as I love Frank, the black man in me has to vote for Balrog and Rouge. I can’t help but want to see if Capcom would respect their fan’s demands enough to actually turn their lily white golfers to Soul Man brown (link NSFW for language).

I may not vote for Obama, but Balrog has my full support. You too can show your solidarity for brown skinned video game characters by voting here. Today, a golf game. Tomorrow, the free world!