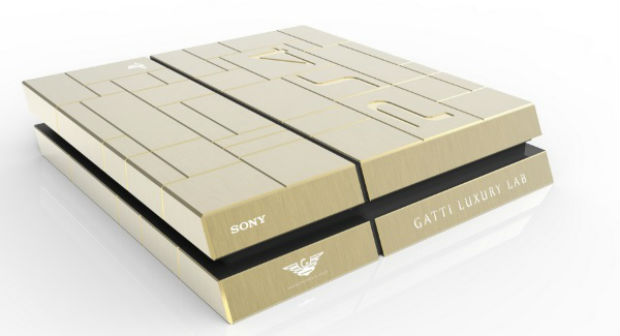 I need one to go with my cheetah

Jumbo Electronics of Dubai has announced that it will be selling custom rose gold PlayStation 4s and Xbox Ones. The consoles will be made by Italian jeweler Gatti and will make their debut at the Games14 conference in Dubai.

While the internals are the same as the run-of-the-mill version of the consoles, these special editions will run around 50000 UAE Dirhams or $13612 USD. So if you’re ballin’ and you know it, I guess pick up one of these babies. Or spend that money on something else, because who actually needs a rose gold console?