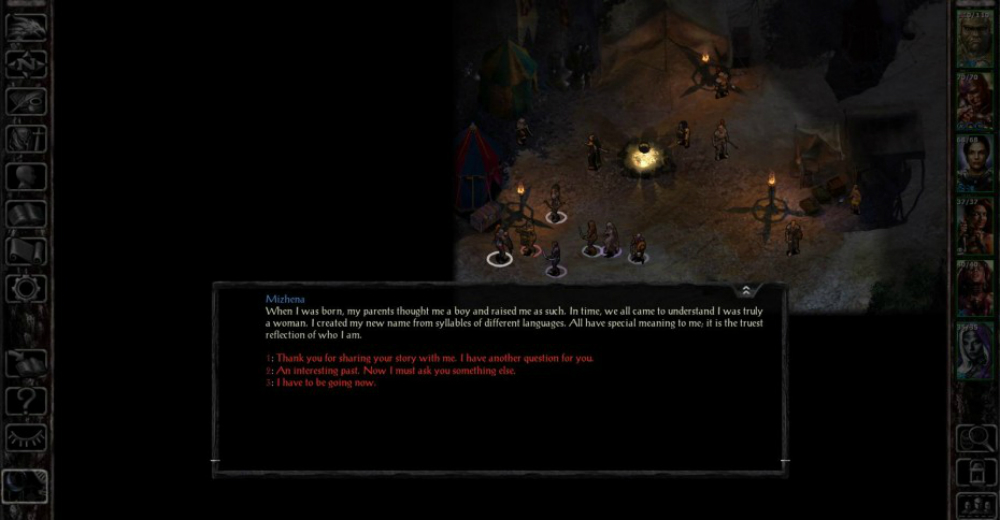 [Update: Beamdog’s CEO has responded on the official forums, noting that they’ll remove or alter some elements of the game and work on patching the bugs.]

While the vast majority of Steam reviews for Baldur’s Gate: Siege of Dragonspear are positive, most of the negative takes deal with pressing issues like bugs and other gameplay related problems. But a select few people also aren’t keen on the addition of a trans NPC in the game for various reasons. This partially stems from the accusation that the character seems shoehorned in for the sake of it, as addressed in this missive from “splatypus” on the official forums that touches on some interesting points.

Famed fantasy writer Ed Greenwood weighed in on the situation, noting that this type of thing has always been in the genre since the start and that folks shouldn’t be upset. Players can also now find a mod that removes that aspect of the game, and many threads in the official Steam forum are being locked.

Beamdog has quite a controversy on its hands, and I’m not sure what the solution is. Fixing the game would probably be a good start.