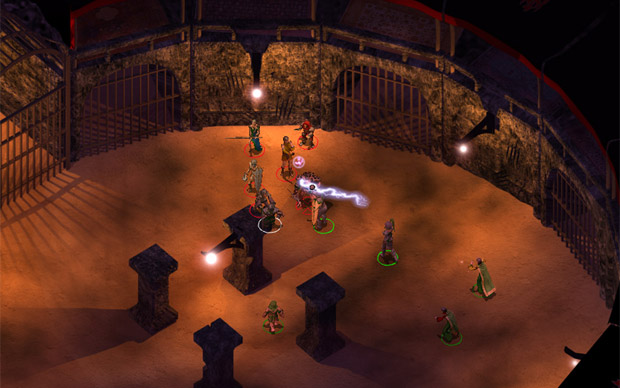 Have you been keeping up with Baldur’s Gate: Enhanced Edition? The official website for the game has worth-seeing new information, although some of you will only need a release date: for Windows, it’s September 18. Available as a direct download, the game will be $19.99; pre-purchasing cuts $2 off the price and allows you to pre-load Enhanced Edition.

iPad and Mac versions are simply dated for September, while the Android launch date hasn’t been revealed yet. The site also details a new, arena-centric adventure called The Black Pits, in addition to three characters Overhaul Games is adding to Baldur’s Gate: the monk Rasaad yn Bashir, the Wild Mage Neera, and the Blackguard Dorn II-Khan.

Finally, we’re given a rundown of the enhancements. Stuff like a fresh platform-specific interface, cross-platform matchmaking support, fixes for 400+ issues with the original game, new hand-painted cinematics, and improvements taken from Baldur’s Gate 2. How does this sound, given the price?