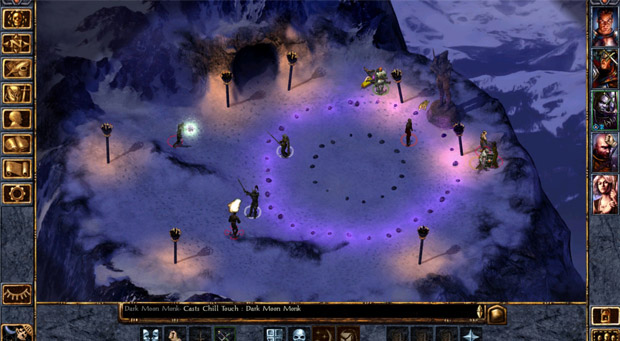 Overhaul Games has issued a rather worrisome statement regarding Baldur’s Gate: Enhanced Edition and its revamped sequel. The game has been removed for purchase from the Apple App Store and Beamdog as a result of “contractual issues” with the company’s publishing partner.

“We are unable to discuss details of the complex legal matters surrounding this issue at this time,” writes Overhaul and Beamdog president Trent Oster. “Please be aware that we are extremely unhappy with the situation and are doing our best to work past it. We have put a lot of hard work into this series, and are eager for fans to see it.”

The situation gets worse. Overhaul had a hefty patch in the works for Enhanced Edition which can’t be released, despite the fact that folks who bought the now-pulled game can still download it like normal. At the time of writing, it’s still purchasable from Steam. Additionally, Baldur’s Gate II: Enhanced Edition is essentially on hold. “[U]ntil all issues with our publishing partner are resolved we cannot officially announce or offer this game for sale,” says Overhaul. “This has resulted in significant amounts of wailing and gnashing of teeth amongst the development team.”