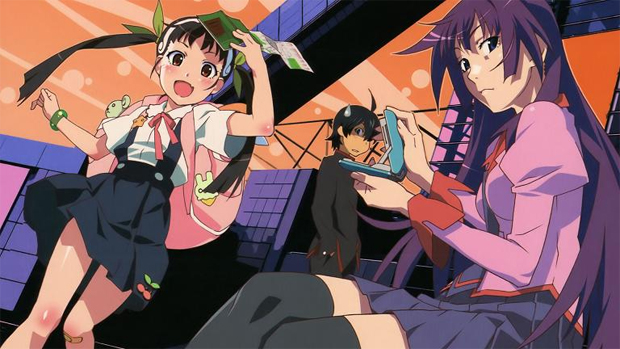 If you’re an anime fan, you are probably firmly planted on one side of the Bakemonogatari love/hate conundrum. I can honestly say that at this point, I stand directly in the middle, with an even mixture of adoration and repulsion. I’m a bit surprised they did not decide to adapt the new series, Nisemonogatari which a bit more palatable and accessible, despite its strong lolicon tendencies.

There is still no details on the game’s exact format, but most people are expecting some flavor of a visual novel. From the screen shots, the characters seem to have made a pretty good transition to 3D, and retain their signature charm. The game is set to be released on August 23rd, in both a limited launch package and stand-alone UMD. The limited version also packs in some pretty interesting goodies, including a DVD, CD, art book, and pouch. I wonder if the decision to announce the bundles prior to the details of the game itself is a good idea?